6 Years, A Goodbye and One Less Junkie

Share All sharing options for: 6 Years, A Goodbye and One Less Junkie 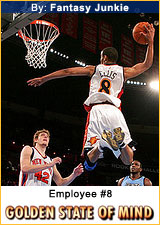 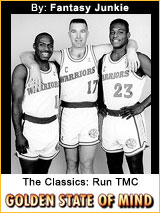 6 years ago a small group of friends spread across the country, all die-hard Warriors fans, decided to start a Warriors blog, goldenstwarriors.blogspot.com. It was a way for us to have fun and connect despite being thousands of miles apart. We wrote as a way to share our misery with each other and the small group of people who managed to find the site. Sharing our misery mainly meant making fun of ourselves as Warrior fans and the players. 99% of the time we made fun of everyone's favorite punching bag, Mr. Mike Dunleavy Jr.

It wasn't long before SB Nation noticed our efforts and recruited us to join their team. In February of 2006, we became Golden State of Mind and have been here ever since. For myself, it's been an amazing, unforgettable 6 years highlighted by the miraculous run in 2007 where the Warriors were the darlings of the NBA and we were the darlings of the blogosphere.

...it's time to hang'em up, say goodbye and give up my spot on the GSOM Crew. It's time to put my efforts into a new hobby and spend more time with the new wifey. I wish I could "retire" with the Warriors on top, but 36 wins will have to do. I leave with the GSOM Crew as strong as it's ever been with a lot of new faces and writing styles.

Before I go, some thank you's after the jump.

Thank you to the Warriors organization, Chris Murphy, Dana Knops, and Melissa Viceral for being so great to work with on GSOM Nights, GSOM Kids Days, and managing our season tickets.

Thank you Mike Dunleavy Jr. Without you there wouldn't have been so many bad jokes and so many hilarious pictures.

Thank you to the players on that 2007 playoff team especially Baron Davis and Jason Richardson for giving us fans something special to always remember.

Thank you to the GSOM community past and present for making this more than just a URL address. It's become a real community full of personalities with one common bond, Warriors basketball for better or for worse.

And last but not least, thank you to the GSOM Crew for being a great team especially Atma who not only writes entertaining pieces, but does a great job behind the scenes making sure everyone is organized. 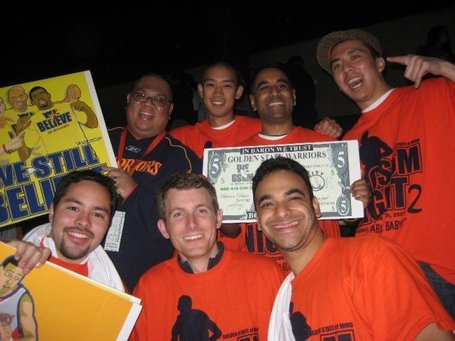 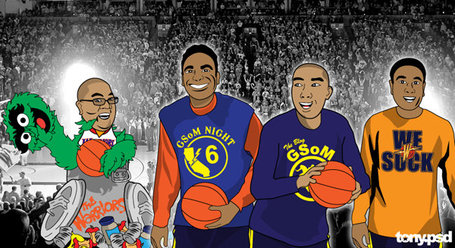 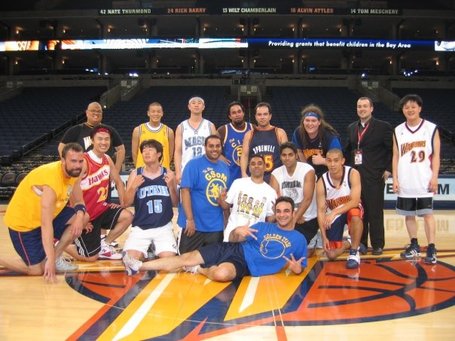 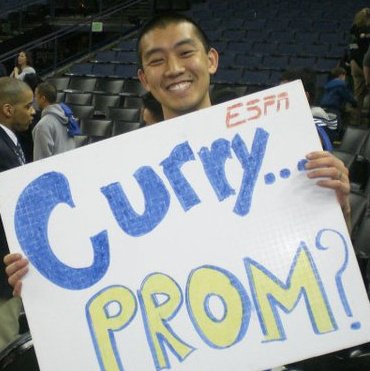