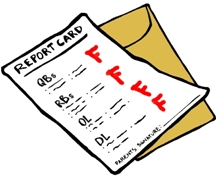 Okay the Warriors weren't that bad, but they weren't this bad.

Before we hand out end of the season grades make sure to flip back to 2010-2011 Golden State Warriors All-Star Break Report Cards.

For years many in the local media and in the Warriors fanbase screamed at Nellie for not giving Wright more burn. For some reason they took it to extremes and tried to claim Nellie's lack of minutes for Wright were the reason they missed the playoffs in 2008 and struggled so mightily in 2009.

The most winningest coach in NBA history was right and you were wrong.

Brandan Wright is simply no good. He PEAKED under Nellie and was simply even more terrible after getting traded to the New Jersey Nets- 3.6ppg (40.7% FG), 3.0 rpg.

By the way Jason Richardson- some random guard you might remember that weighs 15 pounds more than this power forward Chris Mullin foolishly broke up WE BELIEVE for- was a key component of last year's Western Conference Playoff Phoenix Suns team and is headed to at least the second round this year in the East.

It doesn't mean much in the grand scheme of things, but was he really that bad that he deserved to get cut? It's funny when you think about it. The Memphis Grizzlies cut Acie Law. The Warriors pick up Law. The Warriors cut Rodney Carney. The Grizzlies pick up Carney. These franchise altering moves make LeBron's Decision 2010 look so uneventful!

This UCLA big man was bringing it whenever he got a few minutes. He gave the Warriors some nice intensity on D.

Nellie would NEVER give playing time to Radmanovic (for good reason). Coach Smart thought it was a good idea to give Radmanovic playing time. Vlad Rad had some moments, but overall Nellie was right here.

Coach Smart loves watching this waived Grizzlie play instead of Stephen Curry late in games. The rest of the world does not.

Biedrins is the worst member of the starting 5, started about 30 more games than he should've, and got about 5-8 minutes of undeserved playing time each night. Biedrins' usage is one of Coach Keith Smart's biggest failures this season. Someone explain to me how it's a good idea to start each game running offensive plays through an uncoordinated center with no post moves and attacks the basket with the ferocity of a little mouse?

How can such a terrible free throw shooter have the audacity to reject the tutelage of a Hall of Famer like Rick Barry? Easy. They got paid and they don't care.

Again yet another player who PEAKED under Nellie. Where are all you guys in the local media and fanbase who constantly berated and whined at Nellie for his usage and treatment of this terrible and overpaid basketball player? I can't hear you.

Quit with the excuses. You don't know basketball like Nellie does. Don't pretend you do.

The Warriors are stuck with this soft center who has no desire to improve his game thanks to Chris Mullin and Robert Rowell outbidding themselves to the tune of 6 years and $63 million when Biedrins was a restricted free agent with no offers from any other team.

If you GOT PAID to sit in floor seats for 82 NBA basketball games would you act a fool? Don't drink and drive kids.

Udoh lived up to his "Nightmare" nickname is both good and bad ways. He was a nightmare for them on D with his commitment to protecting the paint, but a nightmare for us on the glass (6.3 rebounds/ 36 minutes- not an acceptable rate for a big man at all).

If there's one guy I could see defying the odds (his age and rookie year stats) it's this guy. I could see Udoh being a low-scoring Clifford Robinson type with a some Dikembe Mutombo blocking ability. Uncle Cliffy was never a strong rebounder, but a very strong and savvy defender. He also worked his way to becoming a very nice jumpshooter, which Udoh has shown glimpses of. The Mutombo connection comes not because of the 3.0 blocks/ per 36 minutes rate. If Udoh hits the weights this offseason and continues to work hard while staying injury free this summer the Warriors are going to be very happy with this sophomore.

My biggest fear is that Curry is a sweet shooting undersized shooting guard who fouls and turns the ball over way too much. My biggest hope is that Curry was just held back this year by Coach Smart. Curry's scoring efficiency is uncanny, but his turnovers need to be cut down. Let's hope the Warriors next coach can help Curry take his game to the next level. The future of this franchise is dependent on it.

Lin needs to call the Shot Doctor. He needs to build his jumpshot from the ground up. It's hard not to dig his hustle and defense though. He could have a nice, long career in the NBA as a defensive specialist of the bench.

Great story. Dorell (that's 1 R, 2 L's, and 1 joke that never was that funny) managed to score more this season than his previous 6 seasons combined. He also made a Warriors franchise record 194 3-pointers. Next season I'm just hoping for some consistency and more defensive output. Great find by GM Larry Riley's front office.

This guy likes to score. Does he like to do anything else?

Amundson did not have a healthy first season here and the Warriors didn't really get much. There was a big opportunity for Amundson with Biedrins' horrendous play, but he wasn't able to step up.

His rate of production was very similar to the previous season, but he played 12 minutes less, so his production was significantly down. Was it because he wasn't brining it in practice or doing the things Coach Smart asked him to do defensively? Or was it because Coach Smart wrongly had him in his doghouse? Or was he a product of Nellieball?

Help me out on this one. I feel like Monta was much better this season than last, but his scoring dipped slightly and he had the worst rebounding year of his career. He did play big minutes night in and night out and he did lower his unsightly turnover rate while picking up his assist rate. He does seem like he's defending better, but he's no stopper. Was he really better this season compared to last or were there just less tantrums and negativity from him with Nellie gone?

Oh yeah the guy that got paid $1.8 million less than David Lee (who gets way too much blame), but the one that the media and fans for some odd reason break out the kiddie gloves for.

Monta Ellis was the #1 reason why the Warriors stunk up the join in 2009-2010 with Moped Gate. In 2010-2011 the #1 reason was the historically absurd number of injuries the team faced. (Though many haters would like you to think it was Don Nelson, mostly because of their absurd infatuation with a terribly unqualified and performing front office man Chris Mullin.) But the #1 reason why the Warriors stunk up the joint this season was the horrific performance and attitude of Andris Biedrins. Yes that guy who is on the books for two more seasons at $9 million with a player option in 2013-2014, which I imagine he'll be picking up. $27 million more for a player that just put up 5 ppg, 7.2 rpg, and keeps getting worse.

(See above for more on the #1 reason)

I like Coach Keith Smart. Nice guy, hard worker, hoops lifer. But here's some issues I can't get over:

At the end of the day was there anything really special about what Smart did with this roster this season? I'd say no. I bet most coaches in the NBA could probably squeeze more than 36 wins out of this roster.
I remain convinced that Coach Smart is a very nice assistant coach, but not head coaching material.

The plusses are bringing on David Lee (the best power forward this franchise has had since Chris Webber- the first time around), adding veteran Dorell Wright for what amounts to pennies in the NBA, and adding a solid defensive prospect in Ekpe Udoh.

The minuses are not adding a much needed quality 3rd guard, going into the season with Andris Biedrins as the team's starting center, and of course no playoffs.

People like to whine about the Warriors inactivity at the trade deadline, but it really seems like they were constrained without a tradable 1st rounder (thanks to Mullin's idiotic trade for Marcus Williams). I'm not sure who you blame for not seriously looking into Gerald Wallace (seems like the perfect addition)- was it ownership?

Someone explain to me how an executive who approved the absurdly dumb contracts of Derek Fisher, Adonal Foyle, Troy Murphy, Mike Dunleavy, and Andris Biedrins still has a job? About the only thing Rowell has done right during his tenure is firing Chris Mullin. Too bad he didn't fire himself too.

I will give Rowell credit though. That Stephen Jackson extension isn't looking as mad as everyone (including myself) made it out to be. Captain Fraud is still performing at a high level and he'll be worth the $20 million for the next 2 seasons. I'm still haunted by this game. I will also give him credit for overriding Mullin's extension for Baron Davis. Do you realize the Clippers just gave away a high lottery pick so they wouldn't have to pay him $29 million over the next 2 years? What a terrible contract. Rowell saved the Warriors big time there.

To be honest it doesn't feel so "new". It was a very disappointing first year that could have been much more entertaining with a better chance at the playoffs if they didn't fire Don Nelson a week before training camp. Nellie was by the way the very same coach that had a ROOKIE Stephen Curry putting up much better numbers at the end of last season compared to his sophomore campaign.

For the most part it was a fairly uneventful season for the Warriors. You could even say it was pretty boring. In 2007 there was WE BELIEVE, in 2008 there was 48 wins, in 2009 there was at least Moped Gate drama, in 2010 there was Nellie's record and the Golden State D-Leaguers that played with Golden State of Heart. This year there really wasn't much.

To be honest, I have no idea if the Warriors are headed in the right direction. There's a ton of questions heading into the offseason, but that's what makes this fun.