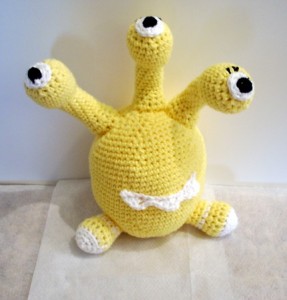 This guy can watch THREE NBA playoff games at once!

But the rest of us can only watch 1 game or the other, or worse yet, only one if you don't have NBATV on your cable package. So if the game you're watching sucks, you're out of luck! Let's look back and see which one made me wish I had eyes like the monster above.

In the Nuggets/Thunder's Game 1, the Nuggets started out on fire and hit every shot. In last night's game, the Nuggets couldn't find the basket to save their lives. Add on some unlucky breaks of the bounces of the ball, effort turning into nothing, and a Thunder team that came ready to play, and you have a 26 pt deficit early in the 2nd qtr and a snorer of a game. Sure, the Nuggets made a run to cut the deficit down 10 in the 4th, but the Thunder easily held them off.

Meanwhile, the Spurs get Ginobili back who provided some good energy, but that didn't stop the Grizzlies from keeping the game close all the way to the final possession again.

The Lakers changed their strategy in last night's Game 2. Kobe put himself on guarding and harassing Chris Paul. The Lakers also used their size to their advantage, taking the ball inside on the Hornets while trying to keep the Hornets from scoring easily around the rim. The game slowed down and got rough and chippy, but the Lakers are used to playing that way, and they eventually pulled away to a 15 pt lead that the Hornets could not recover from.

Yep, it was that Nuggets/Thunder game that sucked. Anyway, onward with tonight's games! 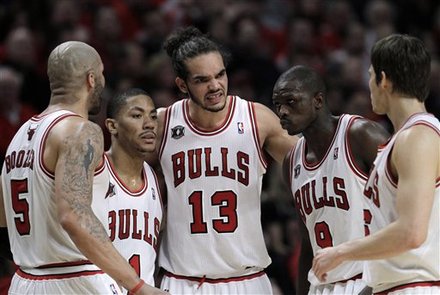 "Hey guys, it shouldn't be this hard to beat the #8 Pacers, should it?"

This is the game I want to see, but I can't because I don't have NBATV. Why? Because the Bulls don't look like the #1 seed when they played the Pacers. There's something about the Pacer's matchups, perhaps their speed and help defense, that has made the Bulls have to work very hard until the final minute for the 2 wins. I would have liked to see how the Bulls would do on the road against the Pacers. 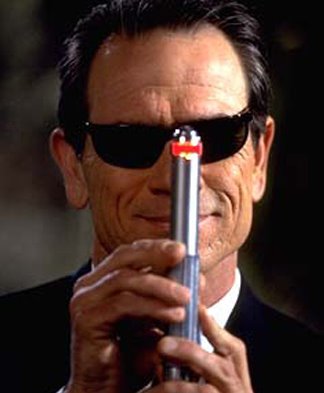 Things returned to normal in this series as the Miami Heat destroyed the 76ers in Game 2. Unless the Sixers have a memory messer upper thingy, this game should be all Heat once again. 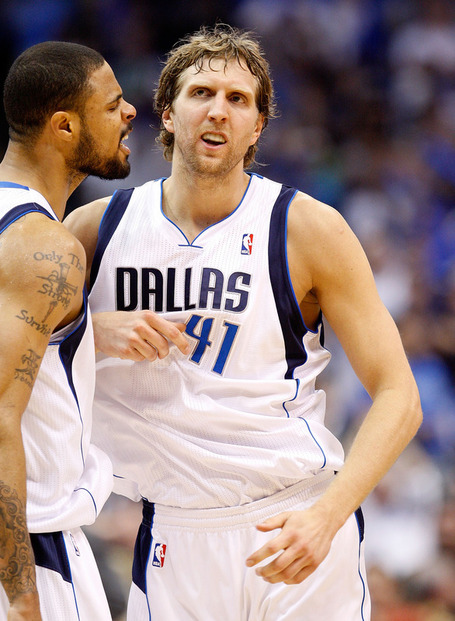 Two games in a row, the Mavericks pull away in the 4th qtr to put away the Blazers. Perhaps the Blazers will get one of the next 2 at home, but I smell that this series will be over pretty quickly.