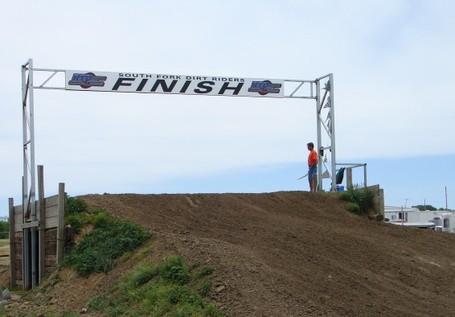 Pacers don't know how to reach to the finish line.

That's three close, down to the final minute games in a row between the Pacers and the Bulls. This time, neither team led by more than 6. So why are the Bulls up 3-0? Because they know how to close a game. For example, despite having a poor shooting night, Derrick Rose put his head down and drove to the basket and scored the go ahead lay-up that broke the tie. The Pacers? They had plenty of time for their final possession, and got nothing... got nothing... got nothing... and then Granger had to jack up a 3... clang, game basically over, series basically over.

Meanwhile, over in Philadelphia, at least the Sixers recovered from the blowout of Game 2. And while they were close right down to the final minute, they just didn't have enough to counter the Heat. Series basically over.

There's no telling if Brandon Roy will ever return to his previous form or if he will retire because of his knees, but at least for one night, he gave the Blazers a nice boost off the bench. A 10-0 run in the 4th qtr pushed the Blazers far ahead enough for them to hold on to the lead and stay alive in the series. 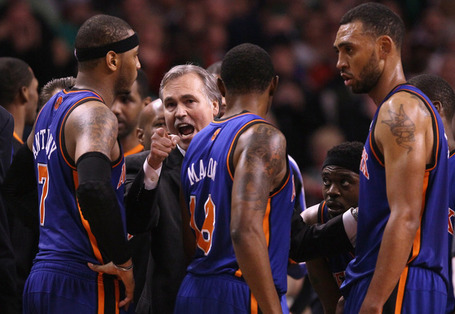 Dantoni wants YOU to watch this game.

Injuries have been a thorn in the Knicks side during this series. First, Chauncey Billups strained his knee in Game 1 and sat out Game 2. Then Amare Stoudemire get hit with back spasms and sat out the 2nd half of Game 2. Amare is expected to play in this game, but Billups is still questionable. This series has been close, and of the 3 games tonight, I put this one as the "must watch" game of the night.

Even though the Hawks lost in Game 2, they already did there job: They took home court advantage away from the Magic. Considering the Hawks came close to beating them in Game 2, this should be a challenge for the Magic. If you can only watch 1 game tonight, you must watch this game. 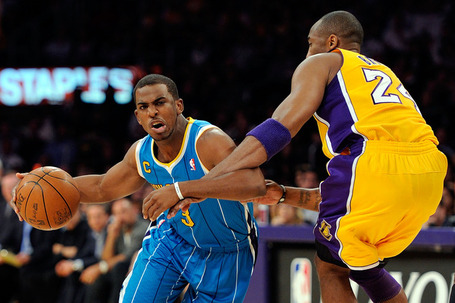 Nothing will come easy for CP3.

Kobe guarded, harassed, and tried to frustrate Chris Paul. Lakers size dominated the inside. Hornets have a tough task. If the Hornets can get Bynum into foul trouble, perhaps they'll have hope to beat the Lakers. If worse comes to worse, they should take a page out of the Suns' playbook and try a "girly zone". While I doubt the Hornets will win, I still want to watch to see what strategies the Hornets try in this game. So set your alarm for this one, because you must watch this game.