Share All sharing options for: MIA at PHI, BOS at NYK, ORL at ATL, LAL at NOH :: NBA Playoffs Day 9 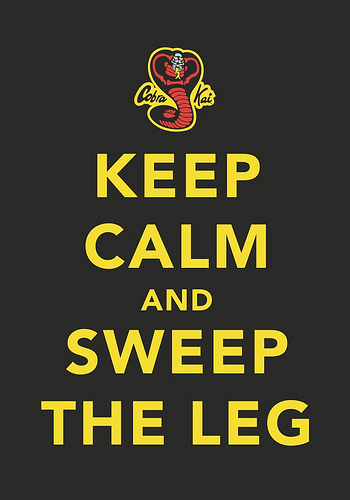 Today's agenda for the Celtics and Heat.

Full disclosure: I missed almost all of Saturday's games, as the Sleepyette and I were trudging with my 13 year-old niece around the Statue of Liberty and Elis Island in the pouring rain, and later requested by same niece to watch the season premiere of Doctor Who. If anyone wants to add some eyewitness testimony to my recap, it would be greatly appreciated. I will testify that Lady Liberty is pretty spectacular in person, and Doctor Who has slightly better production values these days than I remember as a kid (when the Daleks were made of toilet plungers and tinfoil). As for Ellis Island: a must-visit, especially moving in today's depressing anti-immigrant climate. I know that there's a clever pun somewhere therein involving the Warriors and Ellis Island, but I don't think I've drunk enough caffeine yet to pull it off.

As for hoops... can someone explain in clear terms how the Grizzlies are doing what they're doing? I look at that team and see no one whom I particularly covet. Rudy Gay, their putative best player, is out for the year. Zach Randolph has had a great year, but I put him in the same class as David Lee: good offensive player, good rebounder, undersized, poor defender, not the type of guy around whom you build a winner. Gasol's a solid enough center, but not quite solid enough to avoid being dominated by the hollowed out shell of Andris Biedrins (one game sample, but still). And yet somehow this motley collection of dudes has been able to put a frisson of real fear into the same Spurs team who always seem able to dismantle our WarrIors without breaking a sweat. Is Z-Bo an elite player? Has Mike Conley quietly become an elite PG? Or are the Spurs suddenly aging all at once, like Dick Clark in that old Far Side cartoon?

I did actually catch the last few seconds of the game, and watching Z-Bo soaking in the confetti and love from the FedEx Forum Faithful (to the extent that such a population exists) made me blue-and-gold with envy. I think I would gladly trade the Warriors' #11 pick for a couple of electric playoff games at the Roaracle, even if all it amounted to was a first-round playoff exit.

In other games ... the Blazers' stirring comeback win over the Mavs, with Brandon Roy rising from the dead to spearhead the push from a 23-point 3rd quarter deficit, was the stuff of borderline legend. If the Blazers can pull out the series, this one will go down in Blazer's lore, while adding another deliciously painful chapter in the Mavs' sorry playoff history. The Pacers almost blew a big lead against the Bulls, but somehow managed to cling to the W, perhaps avoiding, at least for a day, the title of "Biggest Joke in the 2011 Playoffs." The Thunder again laid Thor's hammer down against a deep and talented Nuggets team.

Man ... the more I watch OKC, the more I think they have as good a shot at going all the way this year as any team in the NBA. Built around an elite player? Check. Deep? Check. BIG? Check. And wow, how good is Serge Freaking Ibaka? 22 points, 16 boards, 4 blocks last night. The way he and the Thunder are playing, Bismack Biyombo may rise to the #1 pick when it's all said and done. I'm on record as predicting Heat over Lakers in 6, but I may have to amend that to Thunder over Heat in 7. You know Durant over LeBron is how David Stern would script it (if, you know, he were actually scripting things).

Miami finishes off the Sixers in Philly. Orlando gets their shite together and evens things up in Atlanta. The Lakers take command 3-1 in New Orleans. Celtics complete the sweep at Madison Square Garden. The Knicks showed admirable heart in the first two games in Boston, but I just don't see how they stay alive with Chauncey Billups out and Amare Stoudemire seriously ailing. I read a great line yesterday in Posting and Toasting: [paraphrasing] "I seem to remember another high-profile NY/Boston series in which the favorite went up 3-0, and no one gave the underdog a chance. I have a sneaking feeling this series will end the same way ... with the Boston team winning." LOL. As a Warriors fan, you gotta appreciate the nihilism of the Knicks fan.

All in all, his has been a one of the most exciting first rounds in recent memory (since 2007, anyway). Talk amongst yourselves about it.