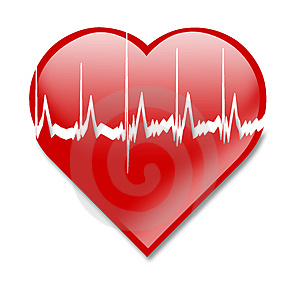 If you have a weak heart, stay away from these playoffs.

Especially the Thunder/Nuggets series. Once again, last night's crazy game went right up to the final possession. Though it looked like the Nuggets were positioned to win this game when they went up 10 with under 3 minutes to go, their lack of a "go to" guy resulted in several ugly possessions, allowing Ibaka, Westbrook, and Durant to score and bring the Thunder within 2 with 1 minute to go.

After some intentional fouls, the Thunder found themselves down 3 with 15 seconds to go. Then Westbrook took it upon himself to launch a bad 3...? Um yeah. Sure. Don't give it to your #1 player Durant to take the game tying shot. Kenny, Charles, and CWebb all criticized Westbrook on that.

But the game wasn't over. After 2 Ty Lawson FTs pushed the lead up 5, Durant DID hit a 3 to cut the deficit to 2. Felton hit only 1 of 2 FTs to bring the lead up to only 3 with 3 seconds to go. Thunder, with no timeouts, ended up with Westbrook heaving a half court shot that missed, game over, and the Nuggets lived to play another game. Right down to the final possession. Do you feel that? Do you feel your heart just wanting to leap out of your chest?

Well, if your heart isn't beating fast on that story, how about something that will make your jaw drop? OK, here goes: The Memphis Grizzlies beat the San Antonio Spurs last night. Not jaw dropping enough? How about this: After trailing by 2 at the half, the Grizzlies' quick strike help defense forced several turnovers into fast breaks, and held the Spurs scoreless for the first 4 minutes of the third, in a 14-0 run. That jaw hasn't quite hit the floor yet? Here's the rest: The Grizzlies defense was so aggressive and dominating at disrupting the Spurs and forcing turnovers, the Grizzles pushed themselves into a 20pt lead in the middle of the 4th qtr, and Gregg Popovich pulled his starters and declared garbage time. Where's that jaw now?

Oh by the way, the Blazers played in Dallas last night, but that game was on NBATV, so I got very little details on it. From the recap, it looks like the activity of Tyson Chandler on the boards set the tone for the Mavericks to once again pull away from the Blazers, and kept the lead all the way to the end this time.

You may want to hit the store and get an energy drink, because there are more games coming tonight.

I've ordered the exit signs: One for the Magic, one for the Spurs.

The Magic and Hawks will get Jason Richardson and Zaza Pachulia back from suspension. The Hawks get their first crack at completing the upset of the Magic tonight. 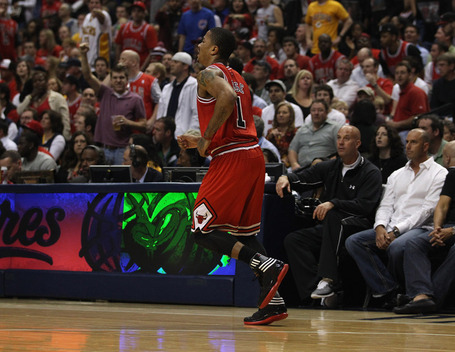 Derrick Rose says he will go despite the sprained left ankle.

Given just how close this series has been, a less than 100% Derrick Rose might be just enough to tip the scales over to the Pacers side. 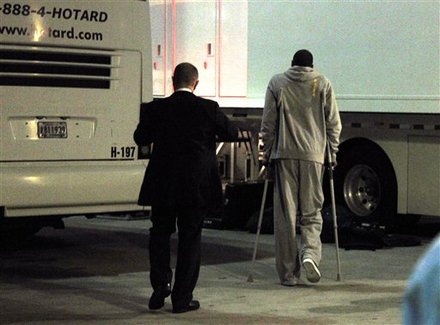 Despite walking to the team bus on crutches after the last game, Kobe says he's ready to go.

Even with a less than 100% Kobe, the Lakers still have more size and talent. Nevertheless, Chris Paul has been playing out of his mind in this series, and he might find a way to take advantage.