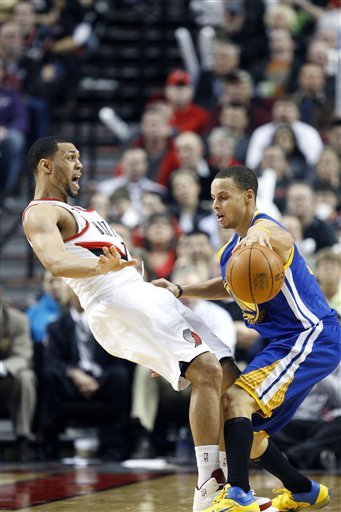 I'd be horrified here too if I was Brandon Roy.

As usual in April the Warriors didn't have much to play for tonight, but that didn't matter especially for the Warriors big 3 of David Lee, Stephen Curry, and Monta Ellis. Collectively they all played a phenomenal game and carried the Dubs to a nice road win.

Jump for the pregame speech from a famous former head coach that sparked this great outing and some game shots!

YOU PLAY TO WIN THE GAME.

And that's exactly what Lee, Curry, and Ellis did tonight. Give them their props. They could have easily packed it in and called it quits, but they didn't.

Tonight's award goes to the man who saved his best performance of the season for the 78th game of the season. David Lee nearly walked away with 30-20 and was simply dominant on both sides of the ball.

Hmmm, how would season have gone if Nellie was in charge and played to Lee and the rest of the team's strengths? 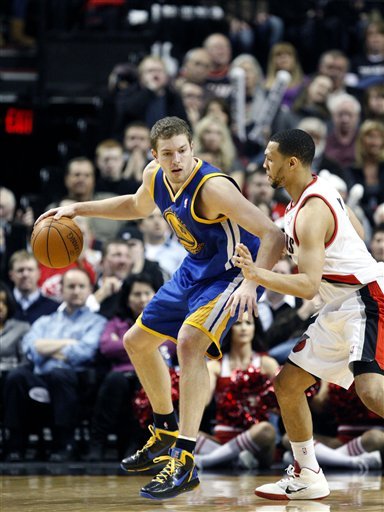