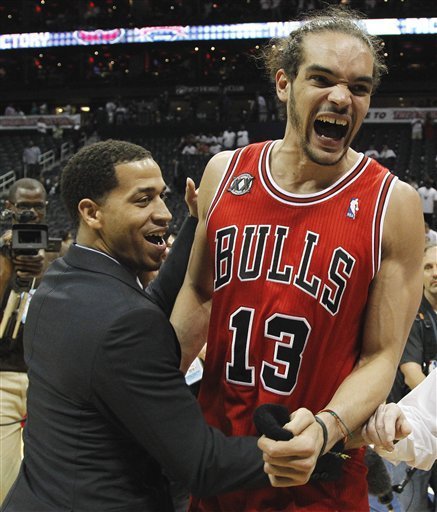 Joakim Noah has a facial for all occasions, including reaching the Eastern Conference Finals.

Either the Hawks didn't show up, or they were worn down by the Bulls. Whatever the reason, the Bulls took the lead to start the game and never looked back, sending the Chicago Bulls into the Eastern Conference Finals. The Hawks can take solace in the fact that they upset the Magic in Round 1. But from the few games I saw of the Hawks, they looked like an inconsistent team that lacked that extra level of focus and concentration required to be an championship contender.

While the Bulls can start brainstorming defensive diagrams to try to shut down LeBron and Wade, the Mavericks are still sitting at home waiting to see who will land at their airport. Which brings us to tonight's game. 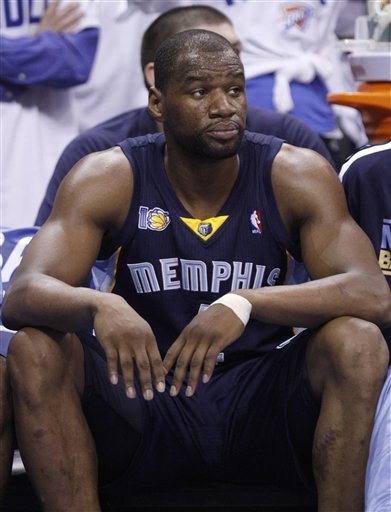 "We should have just stayed in bed."

It was a great run by the Grizzlies, but I have the feeling the their Cinderella is going to end either tonight, or if the Thunder somehow goes soft (or something else weird happens on this Friday the 13th), on Sunday in OKC.