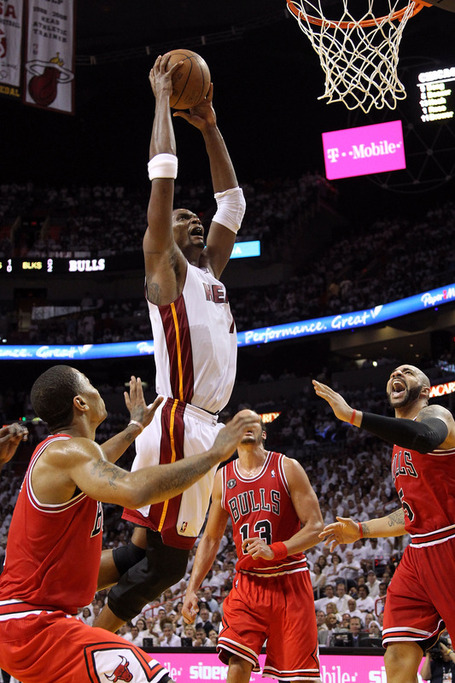 Yes, there IS a third star on the Miami Heat after LeBron James and Dwyane Wade.

And to the dismay of the Bulls, he made his presence felt last night, hitting shot after shot after shot. Even when it looked like Joakim Noah had Bosh defended well and forced him into a rainbow shot, Bosh still hit it. While Carlos Boozer also had a pretty good night, last night's game showed that between the battle of these 2 defenses, the Bulls defense will likely be the one that will wear down first, because they have to try to guard LeBron and Wade AND Bosh, compared to Rose and Boozer.

We're back in the West tonight as we alternate between the series for the rest of this week. 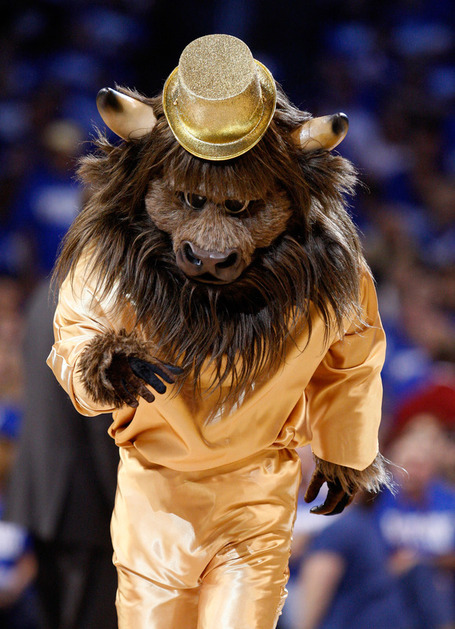 Thunder fans hope that their team's poor start in Game 3 was caused by too much excitement from celebrating with their mascot about being in the WCF.

Because they CANNOT afford to get down by 23 at the beginning of the 2nd qtr again. They CANNOT have an ice cold Kevin Durant and sloppy, unfocused, give-it-away turnovers. And they CANNOT double team Dirk again, because Dirk came prepared for that in the last game by moving the ball and making the cross court pass to the open guy.