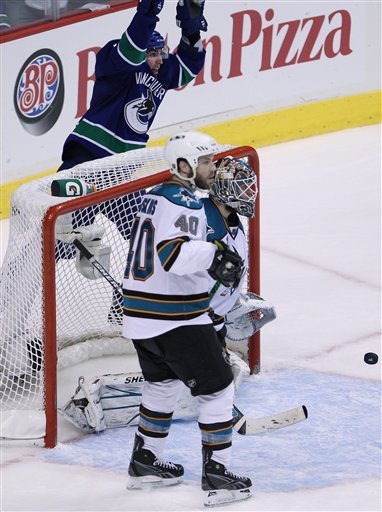 The puck's over there somewhere! Get it! Uh oh...

You've probably heard of the organization called PETA. They're the People for the Ethical Treatment of Animals. They work on protecting animals from mistreatment and cruelty. I propose creating an extension to that group called PETSF, People for the Ethical Treatment of Sharks Fans. It's bad enough that the Sharks lost AGAIN in the postseason. It's a form of animal cruelty to Sharks fans when you see HOW they lost in double OT:

So if you see a Sharks fan crying their eyes out or cursing the sky at the hockey gods, give 'em a hug, buy 'em a drink, and tell them that you're a Warriors fan and you understand pain. Then grab a plane for Dallas for tonight's game to see if the Mavericks can close out their series. 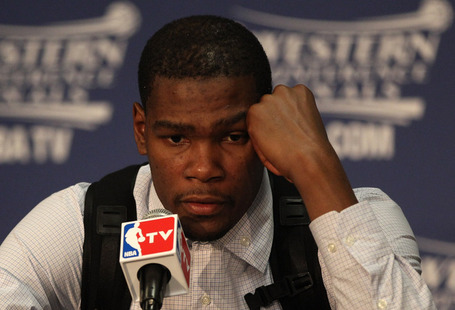 Kevin Durant: All you can do is suck it up and learn from it.

Kevin Durant and the Thunder are done in this series. They can't stay poised and close out a game. All they can do now is take what they've learned and use it for next season.