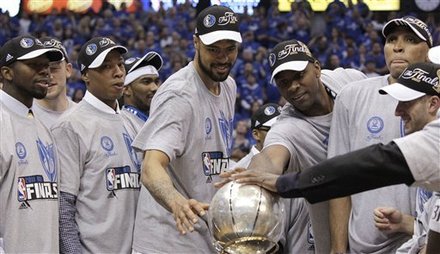 For most of the night, the Mavericks hung around a 6-8 pt deficit. You kind of got the feeling that they felt they could turn it on in the end and just sprint past the Thunder. Which was what they did, sort of. The Mavericks turned up the defense and stole the ball twice from the Thunder. But what ultimately killed the Thunder was 2 key rebound fails: First, with the Mavericks deficit at 2, Dirk Nowitzki goes for a 3 and misses. Russel Westbrook failed to secure the rebound (or officially, he DID get the defensive rebound, then lost it to Jason Terry), and the ball made its way back to Dirk who took another 3 and hit it, Mavericks up 1. Second, with the Thunder down 2 and 17 seconds to go, Dirk takes a 2 that rims out, but AGAIN, the Thunder could not get that rebound. It went to Kidd instead, game over.

And so, the Mavericks return to the Finals to face what will most likely be the Heat in a rematch of the 2006 NBA Finals. But first, the Heat need to close out the Bulls, which brings us to tonight. 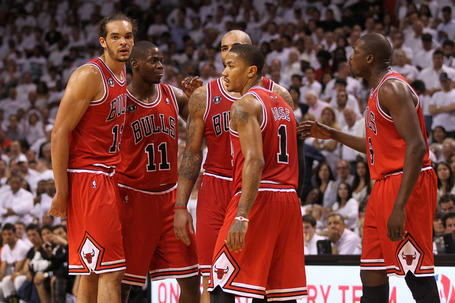