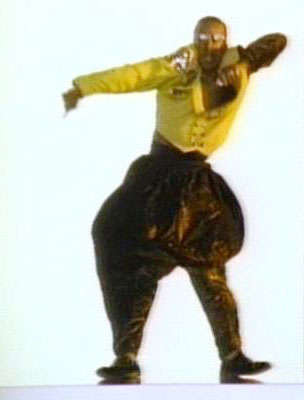 How do you describe Dirk's fadeaway shot? To quote MC Hammer: Can't touch this.

I can't believe I actually wrote a song, well a chorus line, for Dirk Nowitzki, the same guy we embarrassed and shut down in 2007. But many of us in Warrior land despise the Lakers and want to see them out of the playoffs. So this is one of those "swallow your pride" moments where we stand up and root for Dirk, and the Mavericks, and Mark Cuban (ok, maybe not that far), and give them our support in beating LA. And yes, showing our support includes going as far as writing some MC Hammer chorus lines.

And a quickie recap from last night's games that I couldn't watch: Just as the Celtics tie the game in the middle of the 4th, the Heat go on a 14-0 run to put the game away. Injuries piling up for the Celtics won't help their chances at defending home court: Paul Pierce strained his Achilles during the game. Rajon Rondo played through a sore back. Ray Allen took an elbow in the chest and felt some shortness of breath. The Thunder came out ready to play, took the lead early in the game, and held of the Grizzlies the rest of the game. Good to see the Grizzlies not quitting in the 4th despite being down 21. They'll need that if they want to take control of the series in Memphis.

Yo, sound the bell, game's on, sucka. Gotta watch this. 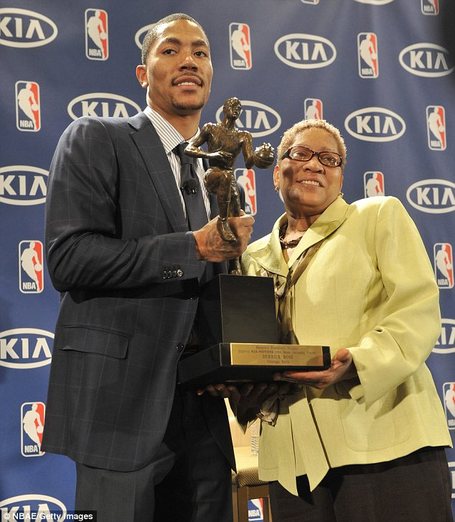 Would Derrick Rose trade that MVP trophy for a 100% ankle?

That was a very moving speech Derrick Rose gave in talking about his mom. But trophies aren't exactly ankle healers, unless you want to claim that the "euphoria" of winning the MVP acts as a pain killer. He says he's OK, but we will know tonight on the floor. 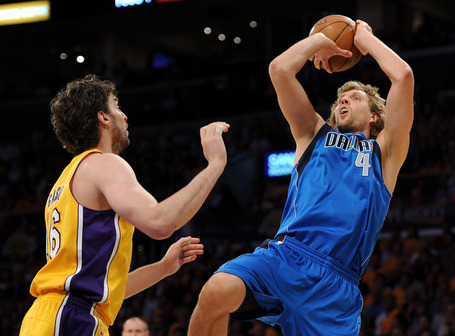 Dirk: Why you standing there man? You can't touch this.

In 2007, we trapped him, shut him down, and called him an overrated MVP. In 2011, we NEED him to play like an MVP in order to kick the Lakers out of the playoffs. Beat LA!