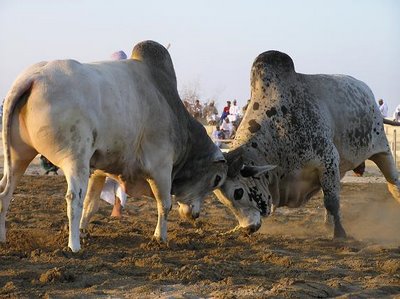 That's Thunder on the left, Grizzlies on the right.

Four qtrs weren't enough. One overtime wasn't enough. Even two overtimes weren't enough! It took THREE overtimes before the Grizzlies finally wore down in the final couple of minutes. Mike Conley and OJ Mayo had fouled out, and the Grizzlies missed a couple of easy buckets under the rim and turned the ball over to give the edge to the Thunder. It looked like fatigue had set in for the Grizzlies. Kevin Durant sealed the game with a couple of 2s. By the end of the game, all of the players were hunched over, the series was tied, and we, the audience, finally had a moment to catch our breaths.

It's hard to remember we had an overtime game earlier in the day, too. But even before the game actually went into overtime, you could guess that the Celtics were going to lose. With the game tied and the Celtics running the final play of the game, they had no idea what they were doing, or whatever they tried to do completely failed, forcing Paul Pierce to try to make something out of nothing, which he couldn't. That was a bad omen for the Celtics. They got sloppy in overtime, which led to a couple of turnovers, and that gave the edge to the Heat in OT.

We're down to one series left on the opposite nights, and that's the Hawks @ Bulls tonight. 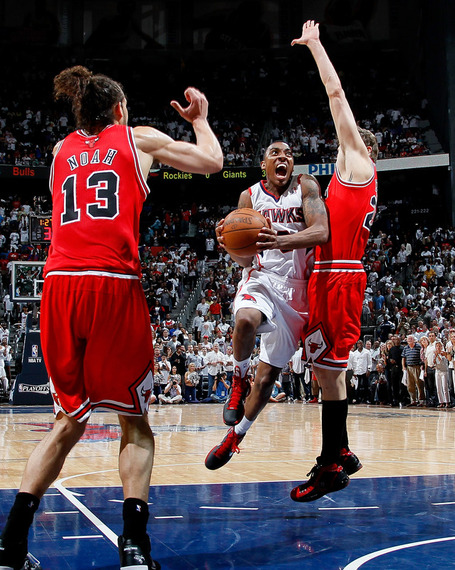 When Kirk Hinrich suffered a strained right hamstring in the first round, it looked like the Hawks would be in trouble, as they sent in backup point guard Jeff Teague to fill in for Hinrich. But instead of falling apart (think DeShawn Stevenson on the Mavericks), Teague has made the most of his minutes in helping the Hawks compete against the Bulls, including scoring 4 pts in the deciding 10-0 run that put away the Bulls in Game 4. Nice job stepping up.