If you're like me, at this time of the year, when you're not watching the Finals, you're obsessing over the draft and who we're going to pick. A big part of this obsession is looking through mock draft sites, and there are plenty to find on the internet. I've culled the data from 11 popular internet mock draft sites and put together a composite ranking. See who we're "supposed" to pick at #11. You may be surprised.

AVGRK is the average of all rankings for that player. STDEV is the standard deviation of his rankings. HI and LO are the floor and ceiling, respectively, of AVGRK±STDEV (thought this was more mathematically rigorous than just taking the actual high and low values, which could represent outliers). RANGE = ABS(HI-LO). I've also grouped the picks (by color) according to where I saw a significant gap in the AVGRK. 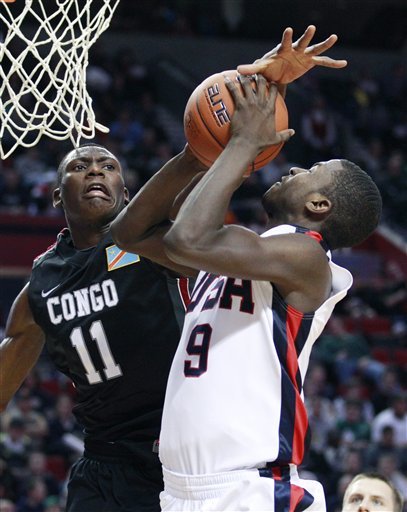 Looks like Bismack Biyombo is the consensus pick at #11 for Golden State. And he is flanked by Marcus Morris and Tristan Thompson. I like Biyombo or Thompson for the pick, and Morris a little less so. Here are the actual rankings for each draft site:

Finally, I calculated the sum of absolute deviations (SAD) for each draft site compared to the consensus ranking. Lower values mean that mock draft is closer to the consensus. I'm interested to see if mocks that are closer to consensus end up actually being more accurate or not ("crowd wisdom" effect). Looks like My NBA Draft.comis currently the closest to the consensus mock.