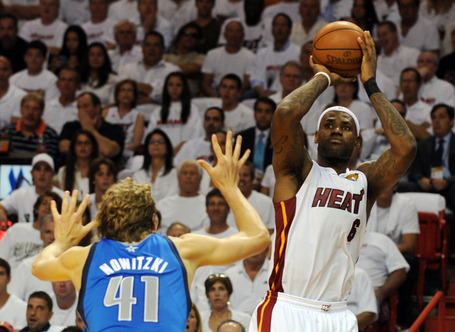 via d.yimg.com
Say it ain't so R Dizzle! Yeah..it's so. And I said in the title, I'll say it again - LeBron James is my Favorite Player.
For today at least. And probably tomorrow. And probably til I see Steph Curry and the Warriors in the playoffs.
But for now
LEBRON JAMES IS MY FAVORITE PLAYER. 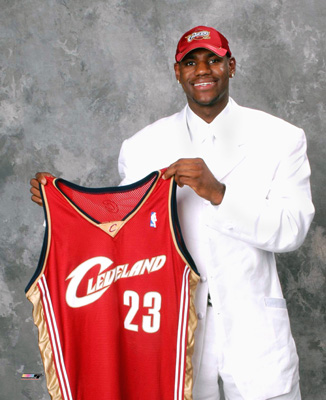 I know...I know. I used to hate LeBron James. I've written about it numerous times. See here's an old post called "I HATE LeBron James." Don't read it though, it's just going to make you sad.

We've all got plenty of reason to hate King James, whether it be "The Decision" or personal reasons such as mine. You see LeBron was born on December 30, 1984 and I was born on January 1st, 1985. If you do the complicated math, that's a 2 day difference. Two days. That's it.

But when I look at how our lives have played out...I've come to find many a reasons where "The Choosen One" has done just a little bit better than me...

LeBron was the star of his high school basketball team; I was a huge scrub that averaged 10 turnovers a game (no joke) - WIN LBJ

LeBron averaged 20 points, 5 rebounds, and 5 assists his rookie season; I averaged a 3.5 my freshmen year of college. - WIN LBJ

LeBron is currently playing in the NBA Finals, worth millions of dollars, and playing with his best friends; I'm currently a graduate student, getting paid very little money, and hate the people I work with. - WIN LBJ 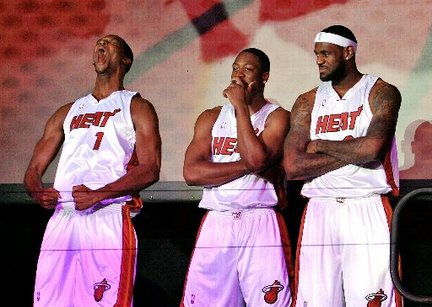 So yeah...I think I have good reason to hate on King James. But here's the reality - The Decision, the ridiculous parade (pictured above), the even more ridiculous quotes (SEE - 100 Reasons to Hate the Miami Heat), or the dumb commercials..none of that is a good reason to hate the man. Or at least for me to hate the man. Cause you know what? I'd do it too if I were him.

Yeah...I said it. If I was taller, faster, had more skills - I'd do it too. I'd walk around and call myself "The Chosen One" and "King R Dizzle" and bolt my hometown to have the opportunity to win multiple championships with my homies. Wouldn't you?

Think about it - if you could do what you love doing but do it with your friends and get paid millions of dollars? Wouldn't you?

You're all lying to yourselves if you say "no."

There's two days, one foot of height, and millions of dollars that separate LeBron and I. But if we were to switch lives for a day, I'd do it just like him. 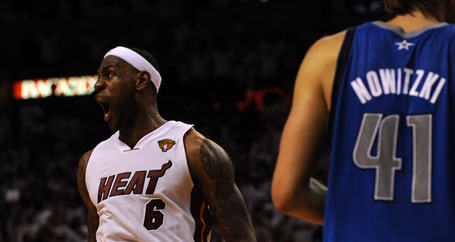 Do you want LeBron James to win his first title?