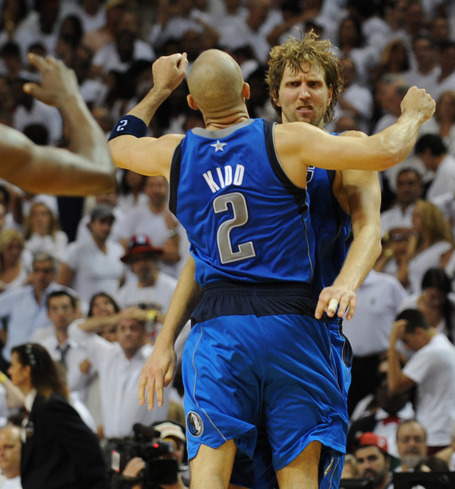 These guys are unpredictable. No Kidding around.

Peninsula is Mightier vs Mavs Moneyball

Game 2 was a flat out shocker. I was watching the game with my boys Clipper Raj and Laker V. We were blown away by those talents in South Beach. I was proclaiming the series over with the Heat up by 15 in the 4th. I was also proclaiming this decade in the NBA over with the Heat about to win 6 titles. But then in their usually unpredictable way the Mavs came out of nowhere and won it.

It's gets even more unpredictable, so JUMP!

Dirk Nowitzki's career arc defies reason and the Dallas Mavericks have been completely and utterly unpredictable the past decade. Check this out:

Given this data I have no idea what's going to happen to this Mavs team in this series, let alone Game 3 tonight.

Prediction: You can't predict the unpredictable.