Uh oh ... is it time to turn the tank around? Last night, for the second game in a row, the Warriors showed the toughness, resilience, and defensive intensity needed to pull out a road victory. And for second game in a row, David Lee looked like the best player on the floor. 29 points -- 13 in the final eight minutes -- 13-20 fg, 9 boards, 3 assists. Down the stretch, with the game in the balance (87-87 with 8:00 to go), the Cavaliers simply had no answers for Lee in the post. The complete Lee arsenal was on display: slick lefty finish, slick righty finish, sweet pick and pop from 10-12 feet, sweet pick and pop from 15-18. Basically, from the Cavs' perspective, pick your poison. In retrospect, more aggressive double teaming might have helped their cause, but with Lee's crafty passing skills and court vision, that might well have ended just as poorly for them. Sometimes you just gotta tip your hat to a good player playing at the top of his game.

Of course, as with any solid win, were positive contributions from some of the other guys, too. Make the jump for some thoughts on those and other miscellaneous rambling.

The super-active "Goose" / ^^^^ we knew and loved from 2006-08 may be a thing of the past, but this year's somewhat scaled-down model continues to show encouraging signs of life. Down the stretch last night, while Lee was manhandling the Cavs on the offensive end, Biedrins was quietly anchoring the D and owning the glass. With AB locking down the post and disrupting passing lanes, the Cavs mustered only 16 4th quarter points. He finished with 11 boards, 2 steals, a block, 0 missed shots, 0 turnovers, and a +18 in 23 minutes. On the season, the numbers are pretty impressive as well, at least relative to his last two "lost" seasons: per 36 minutes, 8.5 points per 36 on .661 ts%, 13.6 rebounds, 2.9 blocks, 2.0 steals, 0.9 turnovers.

Of course, in AB's case, the "per 36" comes with the fairly strong caveat that he's only playing 16 minutes a game. Coach Jackson may be partly responsible for this, but at a certain point you have to wonder if Biedrins may have a bit of an issue with stamina. It would probably be irresponsible of me to suggest in a forum like this that his reputed casual smoking and drinking has adversely affected his conditioning, but, well, let's just say the thought has occurred to me. Whatever the root cause, it's a shame that thus far he hasn't been able to give the team a consistent 25-30 minutes a night. With Kwame out for the season, the Warriors could really, really use it. Last night, you saw glimpses of how effective a Lee/Beans 4-5 tandem can be when they're both firing on all cylinders.

After a bit of a rocky start, Mychal's kid seems to have located his shooting stroke, and with it, a newfound confidence. Last night he was much more "Klay Allen" than "Klank Thompson": 5-9 from the floor, including a Morrow-esque 4-4 from 3. His ace perimeter marksmanship, together with that of Brandon Rush and Nate Robinson, allowed the Ws to keep the game close before Lee's heroics closed it out. In the latest cautionary example of why not to overreact to small sample sizes, Klay has now quietly upped his 3FG to 44.4% and his true shooting % to an almost-respectable .520. (By way of NoCal rookie comparison: Jimmer Fredette is at .283 3fg and .440 ts%). And while he still seems to be searching for consistent offense beyond the spot-up 3, last night he did show signs of an intriguing post game. Though his efforts from therein mostly rimmed out, I think it's a pretty good look for him, given that on most nights he'll have 2-3 inches on the guy guarding him.

Yeah, if you twisted my arm, I'd still probably flip him for Alec Burks, Kawhi Leonard, or Markieff Morris. But for the time being let's at least stash away the b-u-s-t moniker and give this guy a full season or two to strut his stuff.

I like this guy. Really, what's not to like? He's got a dead-eye stroke from 3 (a cool 50% this season, after two straight seasons over 40%), gets after it on D, has great length and size for a wing, and doesn't make a ton of mistakes. Last night he chipped in 14 points (5-9 fg), 5 boards and 0 turnovers. He stroked it from the wing and filled the lane beautifully on a few key fast breaks. I'm not sure he has the handles required to be a consistent NBA starting PG -- he does look a bit mechanical at times -- but the way he's playing now, you could do a lot worse at SG. That Amundson/Rush steal trade is looking like the Warriors' best personnel move of the offseason. Thor, for what it's worth, is currently shooting 26% for the Pacers. Does anybody in Warriors' nation miss Lou's trademark "hard-nosed" and "scrappy" play? Bueller? Anyone?

Another solid night from the l'il sparkplug. Missed a bunch of shots (6-15 fg), but brought his usual jolt of caffeine, and ran the offense very capably, particularly on the break. Finished the evening with 17 points, 10 assists, 2 steals, and a +21 in 35 minutes. In his seven-game Warrior career, he's now averaging 16.3 points per 36 on .549 ts%, with 5.6 assists and 1.9 turnovers.

OK, amid all the post-victory kumbayas, I can't resist sowing a l'il seed of discord. Nate Robinson, like Lou Williams, has always been a guy that I looked at and said, "what does Monta Ellis provide that this guy doesn't?" I mean, the obvious answer is "five inches of height." But then Nate, despite being 5'-9" on a good day (my 5'-8" friend has met him, and swears he's significantly taller than him) has been a better rebounder than Monta over his career; and it's not like Monta is really tall/long enough to guard the average NBA wing player adequately. Quick round of "Player A/B/C," shall we?

You can check the final answers on Basketball Reference, but I wonder if someone can tell me how you can slide anything more than a thin sheet of fax paper in between any of these three guys. This isn't a huge knock on Monta (who happened to have a poor game last night, and a has had a pretty mediocre start to the season overall). I like both Nate Robinson and Lou Williams. But watching Nate in a Warrior uni just makes me wish more than ever that Monta Ellis were our Nate Robinson -- gutty, undersized bench scorer and facilitator who brings shots of energy and loads of heart -- and that a full-sized defensively-capable wing player were our Monta Ellis.

OK, back on topic. Another nice win for the Ws, and a no-brainer 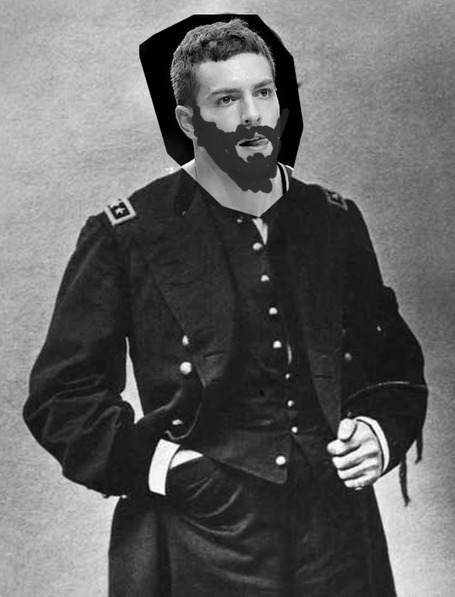