With the Golden State Warriors away on a road trip, the Santa Cruz Warriors held their inaugural media day in California at the Warriors' downtown Oakland headquarters on Thursday followed by an open practice. The following are just a few notes on my initial impressions.

One of the things I'm really interested in about the Santa Cruz Warriors is not only how the organization uses analytics internally, but also how they're communicated and how the players take them up.

Having already spoken with Santa Cruz general manager Kirk Lacob and basketball operations manager Sammy Gelfand about their front office perspective, I was really hoping to get some player perspective on it at yesterday's Santa Cruz Warriors media day.

For one reason or another I managed to skip that question for every player until my last interview with Stefhon Hannah, who played for the Warriors D-League team in Bismarck, North Dakota for half of last season and won the Defensive Player of the Year award.

"As a player, how do they give you the numbers and how do you use them?" I asked after briefly summarizing the conversation I had with Lacob earlier this year.

"Well, like the shot charts, all the analytics they use. We talked about the Sports VU thing - I don't know how much you guys have used that. You know, the cameras in the arena," starting to realize that using more geek jargon wasn't going to help me elicit a response.

"I mean, like Coach Nate (Bjorkgren) takes a lot of pride in defense so he definitely looks at deflections and hustle plays - just the little stuff that don't get charted normally. Like, assists are always going to be assists, but the pass leading up to that assist - you know, little things - they look at [that]. And like you said, the camera is always around so you can't really never take a day off - you gotta work hard every time you're in here - because if you do coach is going to be on you like, 'Man, what happened?' So it's always good to see that, have that."

"Some people think that there's a point that players get bogged down by all this information they're not accustomed to, but you're just saying you just play harder because you know they're watching you more..."

"Right - every time. Every chance you're on the court - can't take a day off. Because even though the coach might not see it, like you said, the eyes in the sky - they going to see you."

First, just listening to that interview reminds me of why I decided to forego the question in the five previous player interviews I did at yesterday's media day - I'm, let's say, less than artful at chatting up players about stats. Though I think his response essentially illustrates what Gelfand and Lacob described about communicating the knowledge gained from their analytics in basketball terms rather than statistical terms: clearly Hannah has taken up the analytics the Warriors watch in a way that is relevant to improving his game.

Yet I also think the key takeaway has nothing to do with statistics, but more to do with a common theme across all the interviews I did yesterday: these players are concerned with nothing more than simply playing basketball. Not money. Not fame. Not the spotlight. Not (necessarily) the experience of being in what a couple of them described as a weird city with lots of beaches and surfing and stuff.

All that stats mumbo jumbo we talk about? Just one more reason not to take a play off, at least for Hannah.

The whole reason they're here and not off playing in another country and making more money in front of bigger crowds is that their passion to play basketball at the highest level in the their home country trumps just about everything.

In a sports world where we're inundated with stories of prima dona millionaire athletes squandering opportunities or making poor decisions, what struck me about speaking with these guys was not really their humility - no young player would pass on the riches they could find overseas to come to the D-League if they weren't somewhat humble to begin with - but just how committed they are to achieving their dream.

Personally, that's what has me most enthusiastic about following the Santa Cruz team this season. Ok, well that and selfishly I want to keep track of which players might be able to help Golden State in the future. 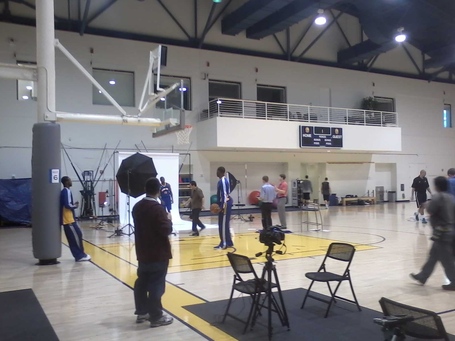 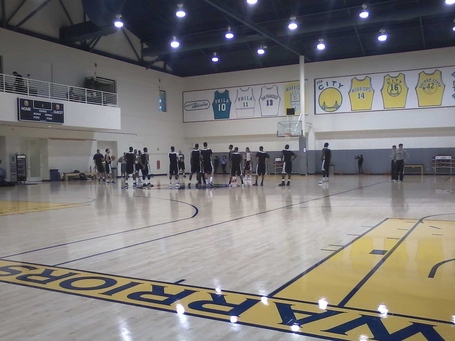