Glass half full: the Warriors are an OT loss v. the KIngs and a squeaker v. the Thunder away from being a .500 team (12-12) in the midst of a six-game winning streak. Half empty: it's only a two-game streak (if you can call two games a streak), and it's taken some unsustainably good three-point shooting to pull it off (> 50% both games). Plus, for all the positive signs, the Warriors are still currently the 13th seed in the Western Conference, ahead of only the Kings and the Hornets. Did I mention that the Warriors let Jeremy Lin walk for nothing so they could save a few bucks in the vain hope of signing DeAndre Jordan? [Slaps self]. OK, enough of that. After a solid win against a decent team, all is right with the world. Make the jump for some quick and cheerful observations.

The game swung on two big surges by the Warriors: (1) a 13-0 run toward the end of the second quarter to stabilize a contest in which the team had theretofore looked totally out of sorts, particularly offensively; and (2) a 17-5 to start the fourth quarter that effectively delivered the TKO. The first surge was spearheaded by the small-ball trio of Stephen Curry, Monta Ellis, and Brandon Rush, and the defense of Ekpe Udoh, as a combo of sloppy Rocket turnovers and crisp Warriors ball movement led to a series of open looks on the perimeter for the Warriors' deadly marksmen. The second involved a somewhat more unusual combo: Nate Robinson, Ellis, Klay Thompson, Udoh and Lee (with Curry on the bench). The common themes were Udoh's D (with Andris "milk carton" Biedrins sitting), crisp inside-out ball movement, and precise bombing from the perimeter (in the case of the second run, by the meteorically-improving rookie Thompson). Following the second run, the Warriors bent a bit but never broke, with the steady play of Klay, Udoh and the Big 3 salting away the win.

• Monta Ellis was in prime "good Monta" form: cool, calm, collected, delivering the offensive goods when needed, but rarely forcing a thing. 33 points on 23 field goal attempts, 7 assists, two turnovers. It's amazing how much sweeter his jumper looks so when he's in motion, curling off screens, than it is when he's facing up off the dribble, while his four teammates stand around. Props to Monta and the Warriors coaching staff for appearing to understand this last night. As an added bonus, Monta also rebounded with authority last night (5 boards), rather key in a game where the team was mostly killed on the glass (47-29 Rockets). I'm never quite sure what happened to the Monta who was able to corral 4.7 rebounds per 36 in 2007/08. I'd love it if that guy, together with the guy who scored at a .580 true shooting clip, appeared with a bit more frequency.

• Klay Thompson continues to fill it up, appearing to gain confidence with every swish. As I noted in GSoMer lilboots' recent Klay-preciation FanPost, Thompson is currently leading all rooks in scoring effiency. Heck, not just leading, but lapping the field. With the exception of budding all-star Kyrie Irving and little-used Tobias Harris, he's got 70+ points of ts% on everyone else. As I noted in the diary, he should be doing well in this respect, since shooting was always his calling card, and he's a bit older and more of a finished product than a lot of his contemporaries. But still, given his rocky start to the season — a brief stretch in which he nevertheless earned the nickname "Klank" from impatient fans — his current line of 16.2 points per 36 minutes on a .592 true shooting percentage is extremely impressive. Last night he turned in a nice overall floor game beyond the sweet shooting: 4 rebounds, 3 assists, and 0 turnovers in 22 minutes. On more than one occasion, he broke down the Rockets' D off the dribble and found open shooters on the perimeter. Even as a rook, he seems to have handles and court vision that pure gunners like Morrow, Korver, and Kapono lack. At this point, even his most vocal critics would have to admit that his exclusion from the rookie/soph challenge at this year's all-star game is borderline criminal.

• Ekpe Udoh and David Lee looked like a legit big man tandem, with Udoh doing all the dirty work on D, and Lee helping to orchestrate a crisp, unselfish, efficient offense. Could have done without Lee's six turnovers; and Udoh continues to look vaguely surprised whenever he collects a rebound, like Timmy Lupus in Bad News Bears. 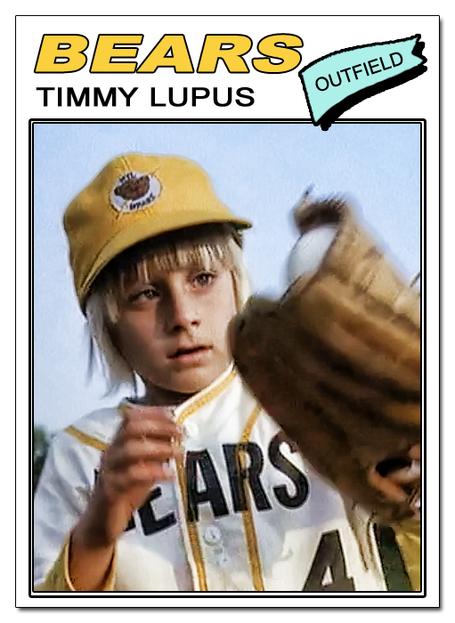 But, for a night anyway, we looked to have two very capable big men. Now if we could ever add a third who's over 6'10", can play a little bit of offense and defense, and rebound, we'd be in business. The eternal Warriors fan refrain.

• I'm not sure there's a player in the NBA I hate more than Kevin Martin. Hate, hate, hate. Hate the ugly-looking shot that always seems to fall when he's playing us, hate the constant gaming of the refs, hate the endless parade to the free throw line, hate the vaguely bemused expression he always walks around with, as if he's getting away with something. On the bright side, tonight, 47 free throw attempts notwithstanding (OK, ten) his team lost. Haha.

• If Andris Biedrins fell in a forest, and 15,000 people were watching, would he make a sound? I said my observations would be cheerful, so I'll leave it at that. Suffice it to say this was another in a depressing number of games this season in which you really had to squint to see if Biedrins was even playing.

Invisi-Biedrins aside, a solid all-around performance by the home team, and a runaway 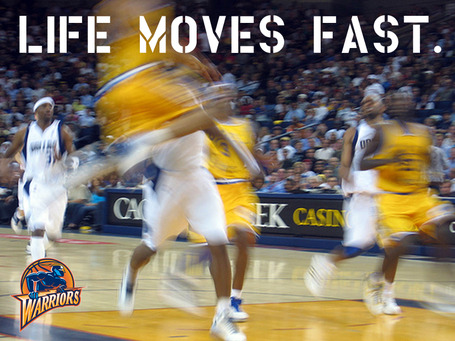