It's time to look at the Warriors bench for the final installment of the midterm report cards. 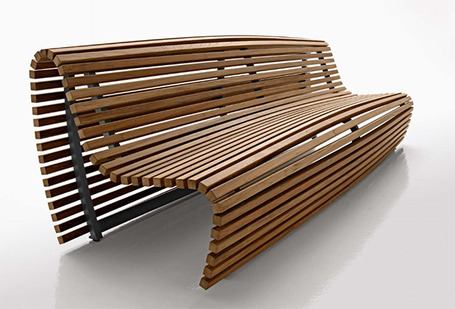 Jump for the grades!

52.4% from the 3pt arc through 30 games? I'll take it! Solid defensive efforts with minimal fouls? I'll take it! I'd really like to see what Rush would do as a starter with more playing time on this team. Move Dorell Wright to the bench or go small with Andris Biedrins out of the starting lineup- it's worth a shot.

During his early season struggles a few of my dear Dubs friends and I used to joke that we were looking at the second coming of Mike Dunleavy Jr. Klay-leavy was the name thrown around. He has upped his shooting %'s dramatically every single month this season, but he has a long way to go as his rebounding and assist totals as well as impact on defense (typical and excusable for a rookie) are virtually nonexistent. He's improved enough to lose the Klay-leavy nickname though.

The defensive output seems inconsistent as Udoh can be a shutdown defender on some nights and ineffective on others. For a big man he's unfortunately a consistently terrible rebounder (6.6 rebounds/ 36 minutes) and inefficient scorer (40.8% FG, 65.9% FT). The Warriors are a better defensive and rebounding team with him on the floor, but I'm not sure if that's just a testament to how truly awful Andris Biedrins has been. I'd rather have 16.7 ppg (51.3% FG), 9.8 rpg, and 2.5 apg. Greg. Monroe.

Take a look back at this poll.

McGuire has provided some key defensive stops and nice boards in very limited minutes. I wouldn't be surprised if McGuire sees a lot more playing time in the near future. Definitely worth a look.

Somehow Kwame became an important part of this Warriors season. I hate to romanticize a backup center that no one else wanted, but Kwame gave the Warriors 9 good games. It's too bad his season was cut short with that unfortunate shoulder injury. His big body gave the Warriors some interior toughness. I'm curious how the rest of Kwame's career will pan out.

Nothing major to note. The D-League time should be good for Tyler.

What are your midterm grades for the Warriors bench?