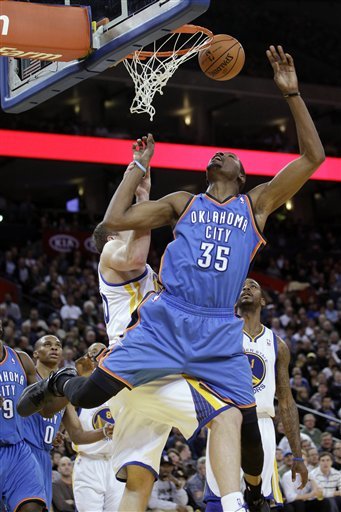 This is what NBA basketball is all about. The Thunder have the best record in the league and the Warriors brought their very best game tonight. THe Warriors didn't walk away victorious, but sometimes a L feels like a W.

Jump for the 22nd recap of the season! 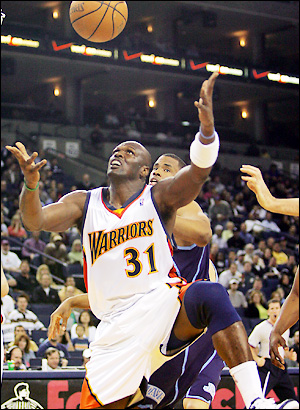 Note to Durant- don't try to pick up moves from this guy!

When Monta Ellis, David Lee, and Stephen Curry play like this they have a legitimate claim to being a Big 3.

What a fantastic outing from all 3 Warriors. Ellis brought the scoring with 48 points. Lee brought a triple-double. Curry brought some hot shooting and nice passing. It's not often you see 3 guys on a team have lines like this:

Three things in particular to love about these performances:

You just have to feel bad that these 3 weren't rewarded with a W tonight. They were fantastic.

Besides The BIG 3, I also liked what Brandon Rush brought to the table tonight- tough defense (2 blocks, 1 steal) and more hot shooting (3-5 3pt, incredible 57% 3pt for the season).

I don't know what's a bigger joke. Help me decide in the comments - the inane decision to not use the get-out-of-jail amnesty on Andris Biedrins this past offseason or the stubborn, illogical decision to keep starting him.

Warrior observers have been treated to countless horrid performances by Biedrins over the years, but this might have been his worst game ever as a pro. There was one point in the 1st where he surrendered back-to-back and 1's with his usual soft interior presence, gifting the Thunder 6 points. Garbage. What if Biedrins just gave the Warriors a few tough pick and roll dunks or some decent rebounding tonight? We'd be talking about a great win.

I've said it before and I'll say it again. Biedrins is yet another player that PEAKED under Don Nelson. Nellie's gimmicks and Baron Davis' (the Boom Dizzle version) uncanny court version masked the glaring deficiencies of an incredibly unskilled and uncommitted NBA player. 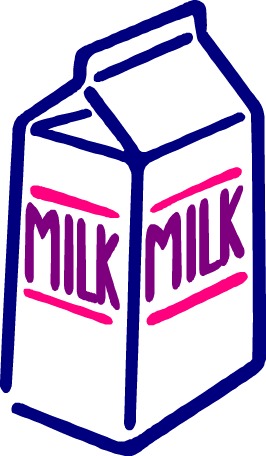 If you're looking for a scapegoat for tonight's loss, look no further than Amnesty Andris Biedrins.

Can you believe how good this team is? Can you believe how young this team is?
Oh my.
I don't think the Thunder will be NBA Champions this year (way too many sloppy turnovers which will kill them against the upper echeleon), but I don't see why they can't start a dynasty run in a year or two. Kevin Durant might be the most entertaining player in the league. Whether it was a smooth swish, a clever bank shot, an emphatic dunk, or an impossible fadeaway, Durant made it look easy tonight. Russell Westbrook's uber-athleticism and ability to finish tough shots at the rim is fun, fun, fun to watch. Perkins and Chewbaka bring the D like no other pairing in the league. Even though it's usually a L for the Warriors, It's always a pleasure watching the Thunder come to Oakland. It's more than worth the price of admission.
I do feel bad for my hoops friends in Seattle... 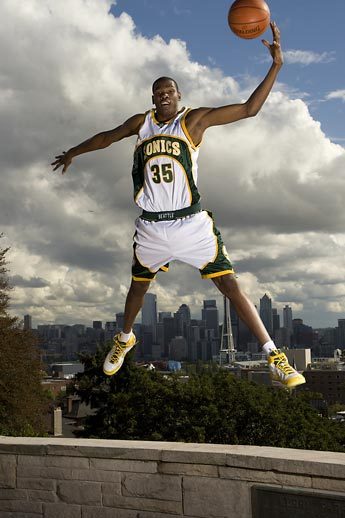 A bigger theft than the Louisiana Purchase! 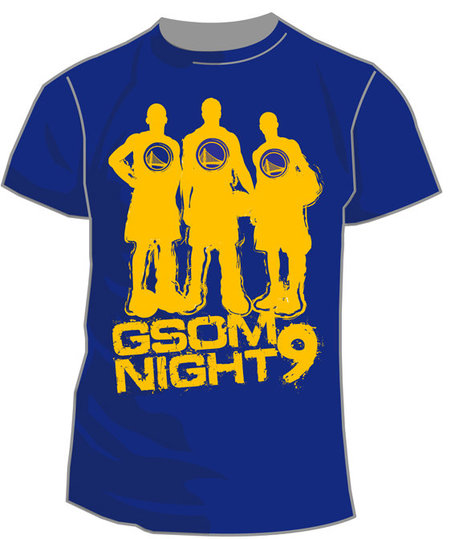