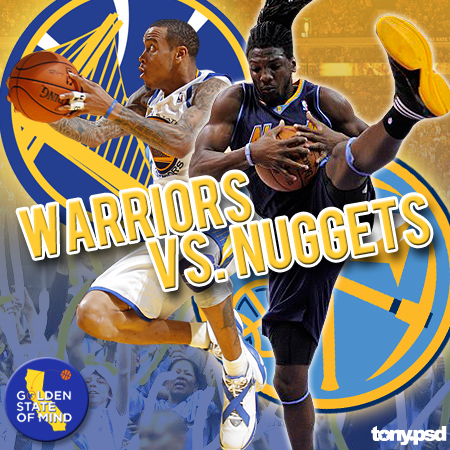 Rewind to Tuesday nights game against the Thunder... Legendary! Monta Ellis with a career high 48 points and David Lee with a triple double: say what?! Unfortunately it wasn't enough to get a "W" but it was one hell of a game! Can the Warriors go on the road with the same mentality and redeem themselves? While many of us can assume it's gonna be another loss, I'm gonna keep my predictions open with a win. They had the chance to beat the best team in the NBA last Tuesday. I'm crossing my fingers they'll learn from that game and push for a win tonight against a Nuggets team losing steam.

What we're up against:

While we're on the topic of Nuggets…