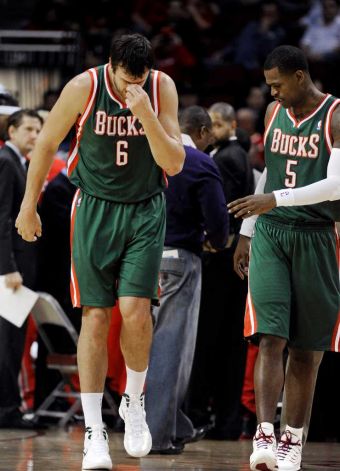 I wonder if these guys are happy about the trade. Are you?

Don't forget to check out the Milwaukee Bucks fandom perspective over at the fantastic Brew Hoop.

Let's focus on some quick positives for both teams after the jump!

Wins for the Bucks

MY WINNER PICK: Golden State Warriors
Monta Ellis and Brandon Jennings in a backcourt together- huh?
Who do you think won this trade?
Stay tuned! Much more to come...