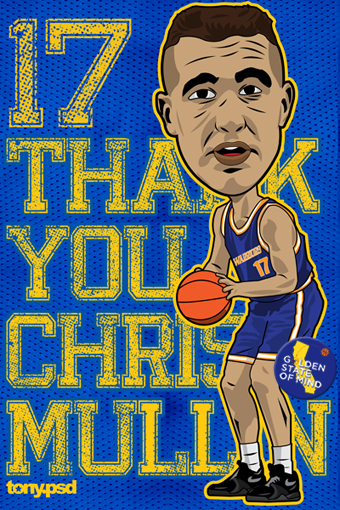 Here's a little illustration I did to honor Chris Mullin, thanking him for an incredible career in a Warriors uniform. Don't forget it's bobble head night at the Arena, get there early and grab your free Chris Mullin bobble head!