There's a game tonight, but the game will almost certainly take a back seat to the jersey retirement ceremony for former Warriors player and GM Chris Mullin. After a few years of separation from the franchise, the dawn of the Lacob era appears to have resulted in the mending of old wounds. That's a good thing in my opinion. Mullin is one of the best basketball players of all time, and it would have been a shame not to acknowledge his accomplishments with the Warriors. Sure, they didn't win a championship (or even get close), but the Run TMC era, fleeting and ephemeral though it may have been, was one of the few (relatively) successful and definitely enjoyable eras of Warriors basketball in the last 3 decades.

And who can forget what is arguably the best trade deadline deal of all time (soon to be surpassed by the Andrew Bogut trade, of course *bigwink*), when Mullin traded Speedy Claxton and Dale Davis for a then-injured and disgruntled Baron Davis in 2005. That trade was directly responsible for the couple of truly great "We Believe" seasons that followed. Sure, it all went to hell eventually, and arguably, Mullin was not moving the team in the right direction. But for a couple years there, it felt good to be a Warriors fan again. And Mullin deserves some credit for that, at the very least. Who knows, maybe things would have turned out differently, if he had been the GM under Lacob, as opposed to Cohan. We'll never know. I'm truly fortunate to be in the Bay Area this week and able to attend tonight's game, and am really looking forward to the ceremony.

As for the game, itself, what is there to say really? I think we all know the drill. While Mark Jackson and Lacob keep saying the right things about winning, we all know that the future of the team is best served by an honest-to-goodness: 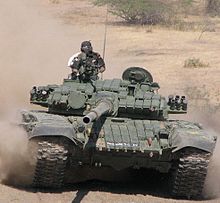 The current tank standings from ESPN (sorted by losses):

Things to watch for: