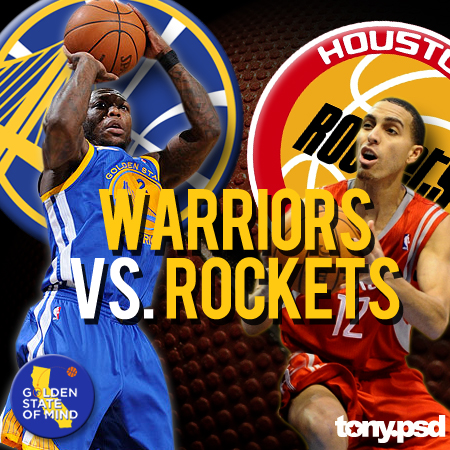 "You win some, you lose a lot." What else is new Warriors fans? It's been a rough week for Golden State and even though we had a great win over one of the worst teams in the NBA last night, our record still stands. We gotta make use of what we have now and wait for next season to make some sort of winning push. So here we are in Houston, about to take on a struggling Rockets team in the same boat. Who wants it more? If we're playing for a good draft pick, do we tank? I never understood that idea of tanking a season till now. The more we lose, the better chances we have in the draft right? I've always kept my previews and recaps positive regardless if we win or loss. I'm just tired of losing season after season. Tank or not, the fun is gone.

Anyways, Hello Houston. Last nights Dubs win can only mean disaster tonight if they have a bad shooting night along with a lack of rebounding or defense. The Rockets are coming off a great win against the Lakers, so it's anyones game tonight. I'm all for a win but if it's a loss, Warrior fans have come to expect it. Warriors win by 3.

Golden State, We have a problem: