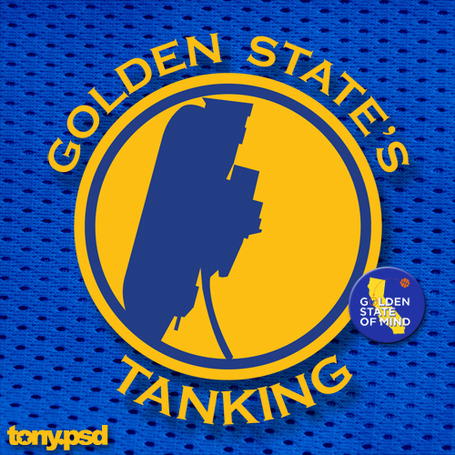 I had to take a few days off from Warriors basketball, (work) including last nights near victory against the Lakers. I finally log onto GSoM and the past few game thread/previews involve an image of a "tank." I just had to join in on the fun! So here we go, 18 games left into the season and the "tanking" fest continues!

The New Orleans Hornets are in town with the second worst record in the NBA. It looks like an easy win for Golden State BUT, it's gonna be close and I bet it's gonna be ugly. (cue in Sacramento game last week) Some fans will say it, let's "Tank it!" For our Warriors squad, they can actually win this...

- "RUN KBD?" Davide Lee, Brandon Rush and Klay Thompson all scored over 20 points each against the Lakers. With 18 games left in the season, this trio will be fun to watch considering it's all we have left in our roster!

- David Lee was close to having a double double last night with 23 points and 9 rebounds against the Lakers. Expect a repeat performance tonight against the Hornets.

- Curious to see what kind of line up Coach Jackson has planned with Stephen Curry, Andrew Bogut, Andris Biedrins and Nate Robinson sidelined with injuries. Looks like Dominic McGuire, Jeremy Tyler and Charles Jenkins is going to get more play time!

- Hornets guard Jarrett Jack is looking to capitalize again against the Warriors in hopes of another triple-double performance. His first was against the Dubs last week.

- Looks like New Orleans have the same injury problems as Golden State. Chris Kaman, Emeka Okafor, Jason Smith and Eric Gordon are all either listed as ill, injured or suspended.

Prediction: If the Warriors can play like they did last night against the Lakers, I see a big victory, or they can foul it up with poor shooting and no defense to lose by 3. Warriors win by 10.