Game Thread #59: Golden State Warriors at LA Clippers: the Little Tank That Could Keeps On Keeping On

Share All sharing options for: Game Thread #59: Golden State Warriors at LA Clippers: the Little Tank That Could Keeps On Keeping On 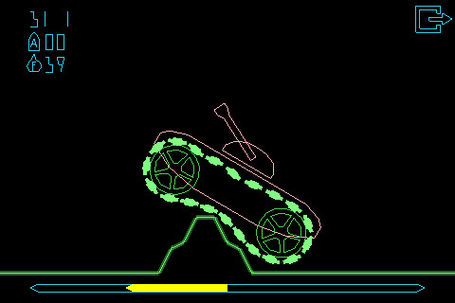 For those of you who did something with your Friday night other than studiously follow the fate of five crappy NBA teams (none of whom even had the added benefit of being your favorite team), here's a quick status update:

Make the jump for some babbling about last night's events, the state of the tank, and today's matinee matchup versus the Clippers.

On the face of it, the Pistons' loss to a deep, tough, and highly motivated Bucks team gives the appearance of a mediocre night for the tank. But that loss was fairly expected. The unexpected, joyous gifts to FanTankers last night were fourfold: (1) the Nets eking out a close one late in Philadelphia; (2) the Raptors shocking the Celtics (who had been last seen crushing the Heat in Miami); (3) the Hornets upsetting the Jazz (more on this in a second), and (4) the news that David Lee and Richard Jefferson are both hurting and could miss extended time.

The wins by Toronto and New Jersey are absolutely huge, as they mean that the Warriors can now effectively control their own destiny by losing their remaining eight games. How is that, you say? Well, the Raptors have to play the Pistons and the Nets, which ensures that either the Pistons and Nets will both move to 23 wins, or the Raptors will move to 22 or 23 wins. That means if the Warriors can stay stuck on 22 wins, the worst they can do is finish in a three-way tie for the #6 seed. Doing a little bit of math, a three-way tie for #6 would give them:

(Note: these percentages are inexact because of tiebreaker rules — which evenly divide lottery chances among the coin-flippers — but they total to the same as they would without the tiebreaker rules).

31.9 + 25.0 + 3.3 = a 60.2% chance at worst of keeping the pick if they lose their remaining eight. Throw in the extreme unlikelihood of all of their competitors losing all their remaining non head-to-head games, and you get (guesstimating) a 95% shot or so of keeping the pick. Again, this is all assuming the Warriors can lose out from here, which is far from a guarantee, but certainly looks more likely with the injuries to Lee and Jefferson. Whatever happens, it's always nice to know one's fate is basically in one's own hands. (Even nicer when that fate can be manipulated to some degree by strategic "resting" of key "injured" players).

As far as the significance of the Jazz losing to the Hornets, well a couple things: Eric Gordon came back, played extremely well, and the Hornets are now 4-3 over their last 7 games. What initially looked on the schedule to be a tough tank game against a weaker opponent now looks like a much less tough tank game against a stronger opponent. Beyond that: the Jazz loss put a rather huge dent in their playoff hopes; and if rumors here are to believed, the Jazz will be much more inclined to let us keep our pick this year if they can hold on their own first round pick — something that they can only achieve by missing the playoffs. (If they make the playoffs, they have to cough up the pick to Minnesota). It's nice to know that in the event the tank is totally obliterated, Larry Riley still has the backup option of grovelling at Kevin O'Connor's feet.

There's also, one conjectures, the possibility of a little game of chicken between Riley and O'Connor, whereby as the Warriors close in on the #7 pick, O'Connor starts to consider the risk of losing the pick for nothing, and decides to extract something of value from Riley while he can (for example, the Spurs' pick, or a slight lowering of the protection on next year's pick, say, to Top 3 or 4). The Ws' keeping the pick looks like about a 50/50 shot to me right now; O'Connor may see value in some certainty. Of course, Warriors fans know exactly how this sort of deal would turn out: the Warriors would lose the rest of their games and end up in the safe #5 or 6 slot where they wouldn't have had to give up the pick anyway. Of course, if the Warriots don't cut a deal, they'll surely end up smack at #8. That's just how it works in Warriorland.

Meanwhile: the Hornets win gets them to 17 wins, which probably means nothing to us, but may have significance to the KIngs (19-41), who are in the process of tanking like absolute heroes. (Alternatively, as the great Tom Ziller notes, the KIngs just suck).

Lots to digest, but overall: a significantly more intriguing picture than we were looking at yesterday at this time.

As far as today's game, well, it certainly looks like a safe one for the Warriors' tank. A road game against a good, hungry team looking to make the playoffs for the first time since 2006. Lee and Jefferson out (along with Curry, Bogut, Udoh, Monta, and Kwame). Clips have won 10 of their last 12, and a win solidifies their hold on the #4 seed (which would give them homecourt adavantage in the first round v. Memphis) and/or gets them closer to the Lakers' slot at #3. CP3, Blake, and Deandre are all healthy. Mo Williams is back. Basically, All Tank Systems Go. Of course, there's a reason they play the games — there's always the spectre of the dreaded "trap game." Get after it, Clips! No mercy!!!

Most intriguing development from yesterday