Mark Jackson
On the two-game losing streak:
“We have to get back to who we are. We aren’t rebounding at the same level and it’s hurting us. It’s costing us ball games, and we have to find a way to get it back.”

On the performance in the third quarter:
“There was a spurt where we gave up second-chance opportunities in the first half and in the second half also. When you allow a team to dominate you on the boards and get second-chance points it sucks the life out of your defense, and when you think about it, it’s a two-point ball game. If we rebound the ball and make a couple of plays it would be a different story. It’s a disappointing loss, but at the same time it’s important for us to not let go of the rope, and we are not going to do that. We look forward to the next one and continuing to get better.”

On the Warriors fourth quarter comeback:
“We played well, we climbed back, and we showed some fight. It takes so much out of you when you have to defend 48 seconds instead of 24 seconds. Too many second-chance points, it really hurt us, and it cost us a ball game.”

Stephen Curry
On the Warriors rebounding struggles lately:
“We have played two teams that have a good front line. We just have to step our game up a little more. We really have to make a concerted effort to find bodies. We don’t have many guys that can just jump up over guys and grab rebounds. Five guys putting bodies on guys and going after loose balls.”

On the key to outside success:
“We have good shooters on this team, and we space the floor well. It’s just trying to find open shots and knocking them down. We have to continue to realize a balance between settling for jump shots when we know we have it going and getting to the paint and still making plays. I think offensively we didn’t have a problem tonight, but defensively in the third quarter especially we gave up 35 points. You are not going to win on the road doing that.”

Jarrett Jack
On the performance tonight:
“We just didn’t think we had the effort tonight for 48 minutes to come in here and get a win on the road. Regardless, if we don’t put forth that effort for 48 minutes, we aren’t going to beat anybody. I just tried to have a concerted effort, coming in trying to give my team energy. We kind of had a little down period in the third quarter and they made tough shots to go with it. We just have to pick up our effort and level of play.”

On differences in play going forward:
“Everything across the board, there is no one thing to pinpoint. I think if you tend to pick it up everywhere there won’t be a place where you are lacking. One thing that has been plaguing us the past few games has been turnovers, but we took care of the ball for the most part tonight. We will get back on track, no need to panic.”

- We got two must-win games against winnable teams. First up, the Raptors, who has the league's leader in stepping-out-of-bounds, Mickael Pietrus, but he hasn't played lately. 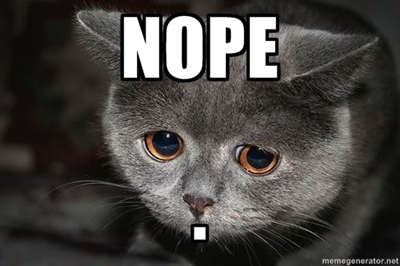