The Kings travel from Sacramento to the new capital of California for the GSOM Night Festivities. #Oakland

Share All sharing options for: Golden State Warriors vs Sacramento Kings: GSOM NIGHT 13 at the new capital of California

On Thursday night on TNT they looked this like this... 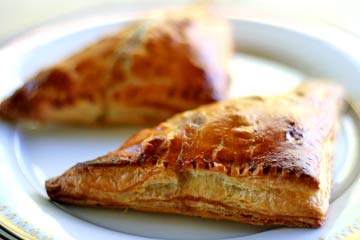 Not to be overly superstitious, but maybe pre-game Golden State of Mindcast = win? ivanbe- Let's do this!

Keys to W's Getting the W

I am still haunted by those 3 Blake Griffin breakaway dunks IN A ROW off turnovers. Please. Stop.

With the front court players the Warriors have they should never get dominated on the boards like they did against the Clippers. That needs to change tonight.

On paper this is one of the weaker backcourts in the association. Stephen Curry and Klay Thompson should be able to dominate.

Nearly 34 minutes combined playing time for Draymond Green and Marreese Speights doesn't seem like a good recipe for success. Hopefully Harrison Barnes can step up and give the Warriors a lift off the bench. Barnes playing the 4 for spot minutes off the bench with Jermaine O'Neal manning the middle could be an interesting look.

No, Harrison Barnes will not play Saturday vs. Kings | http://t.co/CJkriCYAtw

Please thank Chris Murphy and Quinn Evans from the Warriors for helping us out with yet another GSOM Night! We're about to turn the 13 into a lucky number.

Shout out to Bu12n, tjmcluvin, and MaseM for the high scores in the Lakers opener! They beat yours truly by 44 points. 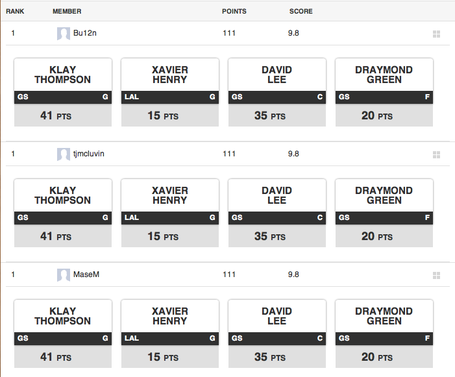 Congrats to richstyle for being the only Warriors fan that was a winner that night!

I haven't played fantasy basketball in about a decade and it shows. Let's see if this does the trick...

> Join the Golden State of Mind Group on Start Four and make your picks!

Also if you can't make GSOM Night 13 for whatever reason, make sure to check out Beyond the Box on your 3rd screen while you're watching the game. Please send me your requests through the Feedback form in the iPad app.