With the Warriors facing the Kings tonight at Oracle Arena, we asked Tom Ziller for his early season insights on our fellow Northern California team.

Tonight will be GSoM Night at Oracle Arena and both the Golden State Warriors and Sacramento Kings enter the game looking to rebound from a loss to the L.A. Clippers.

Normally, being at home against a weaker opponent coming off a back-to-back, we'd expect to cruise to a victory. Yet strangely, the Kings seemed to have the Warriors' number in the 2012-13 season. And after winning the regular season series 3-1 last season, the Kings worked some magic during the preseason to beat the Warriors. Yeah, it's just preseason, but every loss to the Kings is getting increasingly frustrating at this point.

For some insight on the team - including their familiar new coach - I asked Tom Ziller of SB Nation's Sactown Royalty a few questions that he answered before the Kings' loss to the Clippers last night.

1. GSoM: In our Q&A with Steve Perrin the other day, he said the Kings probably have a good shot at finishing third in the Pacific. This was before the season-opening round robin between the Clips, Warriors, and Lakers began. What do you make of the Kings chances in the division this year after seeing the other three California teams up against each other over the last few days?

Tom Ziller: Three days into the season -- this answer came before the Clippers and Kings hooked up on Friday -- I think I'm at the same place I was before the season. The Clippers and Warriors are by far the class of the division. I see them both as potential if not probably top-4 seeds. The Kings should be better than the Suns, especially after the Marcin Gortat trade. Miles Plumlee is, you know, Miles Plumlee. The Lakers' status this season depends wholly on when Kobe Bryant comes back, and now that we're into the season and no miracles have occurred, I tend to think this will not be a playoff contending year for them. I underrated how little Chris Kaman had left in the tank, and that small forward position ... do they even have an actual small forward? I think the Kings could potentially usurp the Lakers.

2. GSoM: The Kings have now hired two former Warriors assistant coaches in Keith Smart and Michael Malone. Based on what you've seen so far, what are some of the early ways that Jackson's former assistant has had an impact on this team compared to Nellie's former assistant?

TZ: It's almost totally apples and oranges. Smart came over as a Kings assistant, and was handed the lead job only when Paul Westphal got canned for clashing with DeMarcus Cousins and potentially lying to justify it. It was a huge mess that Smart had to clean up from Day 1 barely even knowing the players. (First year with the team, no training camp due to lockout, short preseason.) Add in the awful front office decisions and the rudderless management from the Maloofs and Smart never had a chance. Malone came in as the no-doubt choice of the new owners, hired even before the GM. He had Summer League, training camp and a full preseason. He has the support of everyone right now and strong coaching resources. (Smart had 2-3 assistants. Malone has five.) Malone has a real chance; Smart never had one. 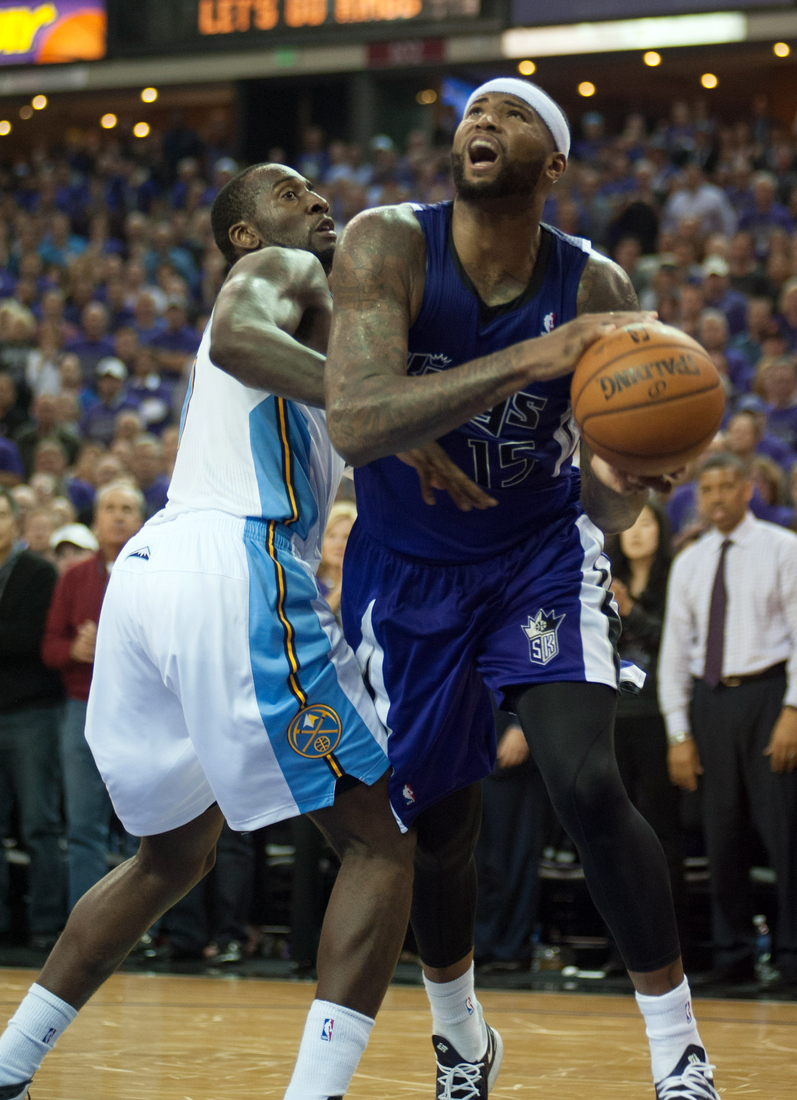 3. GSoM: It's probably not reasonable to expect that Cousins will drop 30 and 14 every night, but what do you think bodes well for him to finally turn a corner this year and more consistently perform at a high level?

TZ: If he stays out of foul trouble and doesn't get himself ejected or suspended, the sheer increase in minutes will be really helpful for his numbers. Add in a renewed interest in playing close to the basket -- as he did during preseason and in the opener -- and his field goal percentage should improve. And now he's really trying on defense: getting back, rotating, talking. He's doing everything he needs to do to get to the top level, at least right now.

4. GSoM: Getting to this matchup specifically, the Kings keep beating the Warriors. Preseason and regular season. I don't like it. Why do you think this continues to happen?

TZ: Wish I knew! The Kings have tended to "get up" for some games, and since Cousins was drafted I think the Warriors have been a club he gets really excited about playing. The atmosphere is generally good in either Oakland or Sacramento, and the young kids on both teams seem to play up to the crowd. The Kings have also been dependent on their guards scoring a lot to win games, and the Warriors perimeter defense has been shaky in recent years. We'll see how each team's new-found dedication to defense works out for the matchup.

5. GSoM: Isaiah Thomas and Stephen Curry had an entertaining exchange in that second preseason game and IT ultimately played a major role in shifting the momentum in the Kings' favor. What are the chances that Thomas eventually finds his way into the starting lineup at any point this season?

TZ: I think that Malone is pretty committed to using Greivis Vasquez as the starter. I mean, I.T. thoroughly outplayed Vasquez in the preseason but the Venezuelan got the nod on opening night. Thomas is a great young firestarter, but Vasquez's proven ability to deliver assists is something I think the braintrust wants on the court with Cousins and Patrick Patterson as much as possible. Thomas can carry the scoring load off of the bench, whereas Vasquez wouldn't necessarily be able to do that. So I think it works and will continue to. The question is how much the Kings are willing to pay either point guard when they become RFAs in July.

For more on the game - and GSoM Night - check out GSoM's preview.