It's a rematch in OKC: Warriors vs Thunder

You just had a scrumptious Thanksgiving feast yesterday & maybe even participating in a little Black Friday shopping right now… It’s time to get serious: Warriors Basketball.

Share All sharing options for: It's a rematch in OKC: Warriors vs Thunder 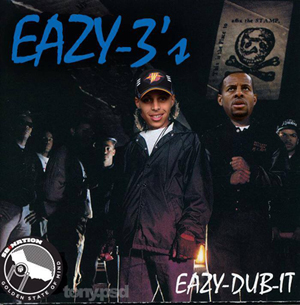 Oooh... #FlashbackFriday pic of Stephen Curry in his "Gangsta" years.

The biggest challenge for our Dubs current road trip has our squad in Oklahoma City tonight as they face the Thunder. With our depleted roster, it’s gonna be one hell of a challenge in OKC as Kevin Durant & company look for payback after our last meeting at the Roaracle. Wariors vs Thunder: Lets do this!

How to win on the road against the best:

• Force turnovers Dubs, don't create them. 19 turnover against the Dallas Mavericks pretty much cost us the game. Create points with each possession & we can actually keep it close!

• Stephen Curry's gonna have to have an incredible stat filled performance tonight on the road. Treys, assists, steals and a gang of points on the board can get this team going.

• Shock the world type mentality. Hand OKC their first loss in 5 games. How? I'm thinking miracles since we're on the road, lol but anythings possible in the NBA. (having no Andre Iguodala is gonna make a win more challenging of course) Kevin Durant is putting up some crazy numbers at the moment, if we can bring him back to earth & put some stops on key plays, keeping it close than sneaking a win would be incredible.

• Effective 3-point shooting, & lots of it from our Splash Brothers. We're ranked top dog in the NBA at 43.7 percent.

• Harrison Barnes is gonna get some serious points tonight. Most importantly, create a spark that's gonna keep this game alive if bot give OKC a run for their money. I feel like every time he's handed that ball, a nasty dunks will be the outcome!

• We're in for a treat: fast paced game, high scoring game from both squads with a lead that can go up & down.

• Games like this is when Stephen Curry will be on the highlight reel on ESPN. I'm expecting a great game from him. 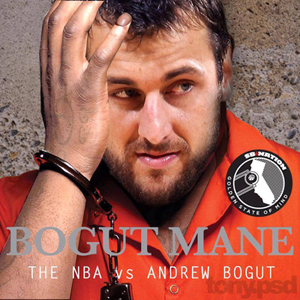 Andrew Bogut released this album after his suspension from
Saturdays Warriors vs Trailblazers game, lol.