There are just way too many video links today to wait until tomorrow's game. Bill Russell visited the Warriors during practice. Since when did anyone important ever visit the Warriors? Times be a changing. Also, David Lee responds to the Dwight Howard comments. And Warriors TV got a quick interview with Baron Davis at the arena last night.

- Stuff from the practice interviews.
Marcus Thompson II: Jarrett Jack has been a boon to Golden State Warriors off the bench 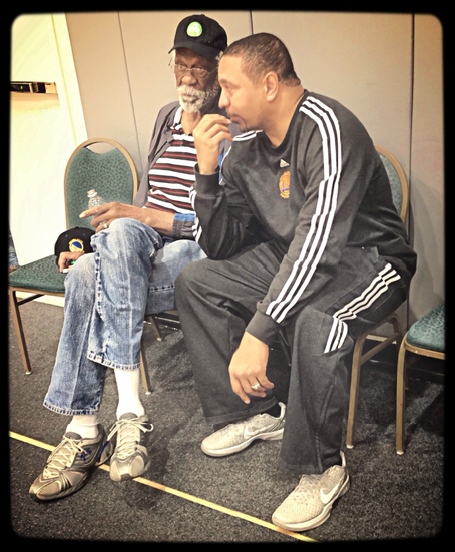 
Practice interview bits. Has some footage of Bill Russell at practice.


Harrison Barnes working on his game after practice, by gswscribe.