Game Links #73: Golden State Warriors 98 vs Sacramento Kings 105 - That's the sound of Kings fans laughing at us from Sacramento

Share All sharing options for: Game Links #73: Golden State Warriors 98 vs Sacramento Kings 105 - That's the sound of Kings fans laughing at us from Sacramento

- David Lee ended up getting a flagrant 1 for the elbow to Dwight.
Brett Pollakoff: David Lee assessed a retroactive flagrant foul for elbow that caused Dwight Howard to need stitches


Stephen Curry does it again.


Andrew Bogut in the locker room.


Jarrett Jack in the locker room.

Mark Jackson
On tonight's game:
“Disappointing. We talked about it – we are not good enough to show up and win ball games. That’s not who we are and we will not be successful with that approach. We started the game 12-2 and when you mess around with a team that you are better than, they gain confidence and you give them a reason to show up. Just disappointing. We own it and we look to get better. If we gave the same energy and effort that we did against the Lakers, we win this ball game – we did not.”

On Klay Thompson and Stephen Curry:
“They got good looks, just missed shots. One thing with Klay (Thompson) he was holding his head down a little bit – he’s a shooter. Those are shots I’ll take and I don’t care what anybody says. That was not the reason we lost this game.”

On Sacramento winning the season series:
“I think we have similar styles. We both want to push it and put you in a lot of pick-and-rolls. Other than the fact that we are a defensive minded team, I think offensively they have guys at multiple positions that can score. I’m just glad we don’t have to face them in a seven game series right now.”

On the shortening of the rotation:
“Shortening the rotation does not mean that those guys are not going to play. They are going to have an opportunity. I’ve told each and every one of them that they will have an opportunity. It doesn’t have to be in the playoffs it could be the next game. It’s a way for Harrison (Barnes) to play more minutes – keeps him on the floor. I think that the good teams that I have played on and have watched this time of year, you shorten it. There are going to be a lot more breaks in the games and I’m just preparing for it. “

Jarrett Jack
On if the game got away from them:
“We definitely dug ourselves in a hole to start the game and they jumped out to an early 10-point lead. We were able to climb back into the game and tie it up, take the lead even eventually, and then they pushed it out again in the third quarter. We’ve got to do a better job of being ready to play. It took us getting down 10 to create some energy and momentum, and we can’t do that. This was a typical letdown game. We had the Lakers walking in your building, your ears automatically perk up. You’ve got names you’re perked up for, and this team, not to disrespect them even though they have really capable scorers and capable players – I think that’s what happened to us tonight.”

On if the result grabbed the teams attention:
“Without question. Every time you step between the lines you should have something to prove, something to play for. For maybe 30 minutes we played that way. In this NBA that’s not good enough.”

Andrew Bogut
On Sacramento:
“They’ve played well against us this season, even the game we won this season we probably didn’t even deserve to win. We match up well with them, hopefully we can rectify it next season.”

On losing to a lower team:
“There’s no excuse for it one-through-12. The coaches do a great job of preparing us, the fans are great, but we need to regroup the next two days. We have a tough road team coming in also competing for a playoff spot, we have to move on with it. We need to remember this one, there’s no excuse for it, especially at this point of the season. We’re playing for more than their team, so kudos to them.”

(yesterday)
BRush_4: Back to the LAB!! http://t.co/VTmQGxBQIh
BRush_4:Damn i still can shoot that thang
(earlier today)
BRush_4:Back to the bay Friday!

- Homestand 2-1. Stew for a couple of days off, put up with those Kings fans sneering at us, and then it's the same story - we gotta obliterate the Blazers if we want to show we can make some playoff noise. 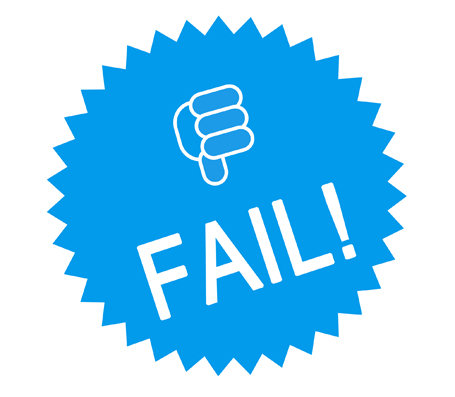