Here We Stay takes over Oracle and across the NBA

There was a game last night but it was something much more for Kings fans who had a chance to show their stuff in a visiting stadium.

Share All sharing options for: Here We Stay takes over Oracle and across the NBA

If you don't know what's happening in Sacramento, Tom Ziller of Sactown Royalty has several great posts here and here.

That's f*cking passion, if I've ever seen it. Young NBA fans like myself don't know the feeling—wasn't old enough to have emotions for the Seattle team leaving—of a team leaving its city but I can only imagine the pain and suffering throughout. Granted, this isn't like real-life pain and suffering where it affects you directly but sports grief is something else altogether, something that inherently matters despite the fact they don't directly provide you anything.

So comes the campaign "Here We Stay" led by Ziller. They've shown up on away games all over the country and had their most visible showing last night at Oracle. Over 30 people showed up last night to spread awareness.

And about a month ago, the Kings arena—trying to refrain from saying Sleep Train—filled up with people chanting "Here We Stay".

Here are pictures of the dedicated fans who showed up last night at Oracle: 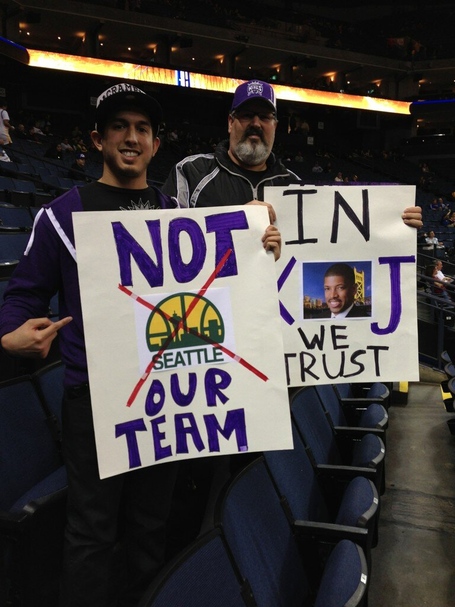 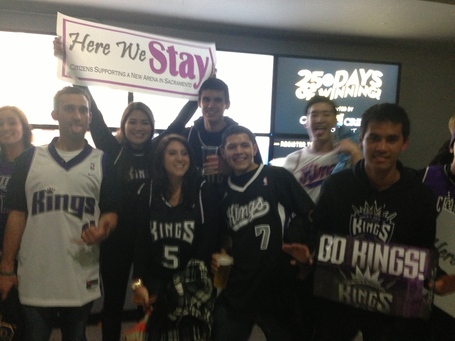 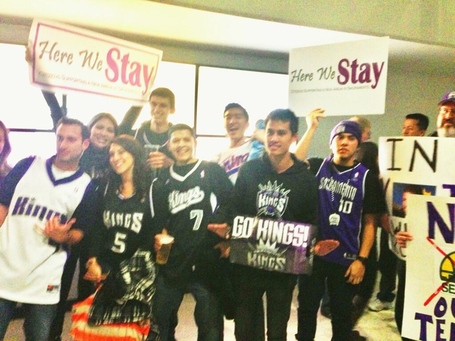 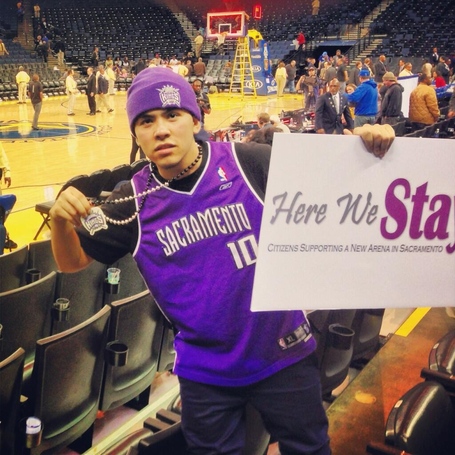 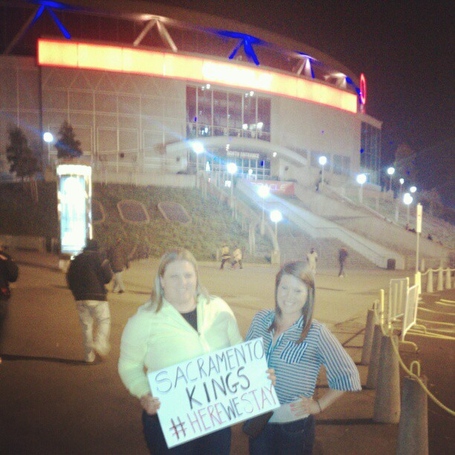 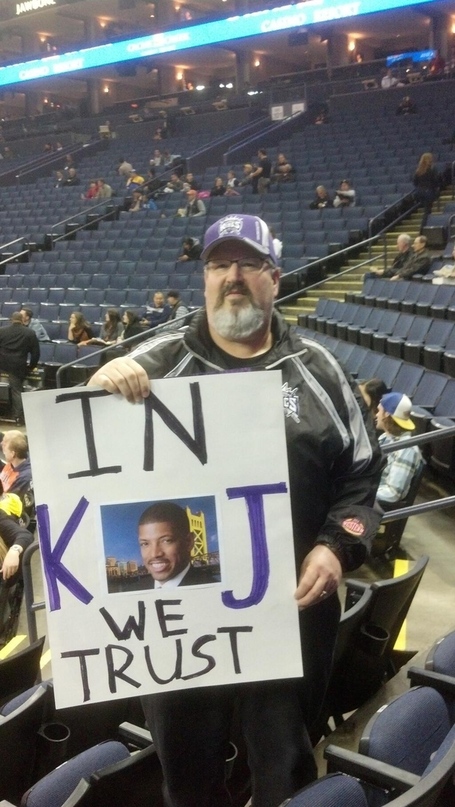 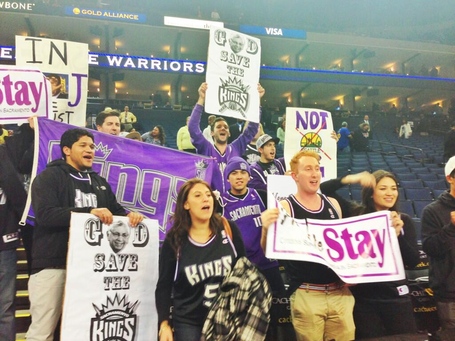 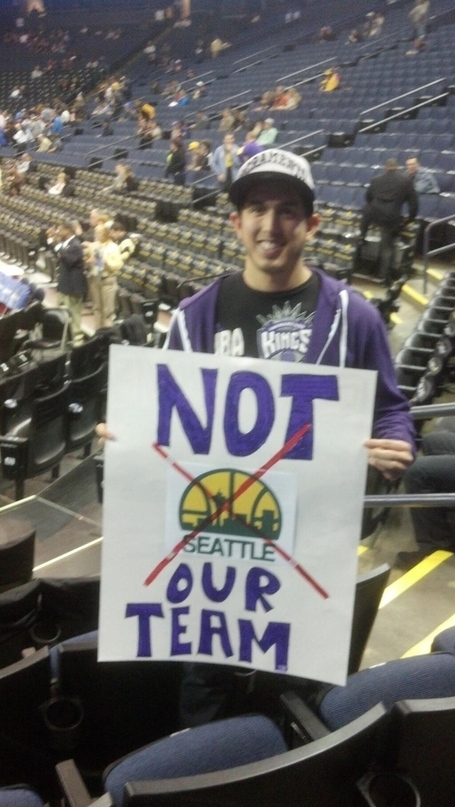 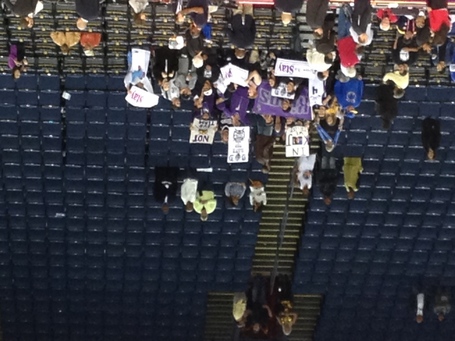 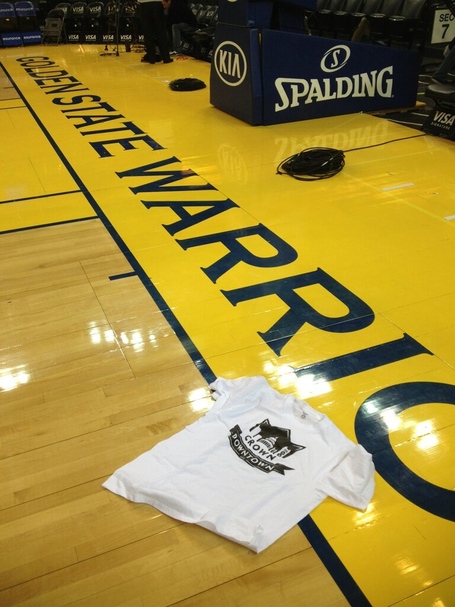 All photos courtesy of Tom Ziller