- Harrison Barnes knows he has to keep working on all aspects of his game to improve.
Vic Tafur: Barnes' tenacity pays off in end

- David Lee says his shoulder is pretty much healed, so he needs to get his game back to help the Warriors in the final stretch of the season.
Monte Poole: Poole: Warriors need David Lee to play like an All-Star

- Unlike previous seasons, the Warriors are scoreboard watching.
Kyle Bonagura: With playoffs on Warriors' horizon, every game counts


Chronicle Live Blitz: Who will finish with a higher seed: Lakers or Warriors?


A Minute with Matt: 3 concerns for the final stretch.


A Minute with Matt: Upcoming Rockets and Bucks games.

(during the day)
gswscribe: I guess I am behind on this, but Klay Thompson cleared the air and said his dad was joking. He said he controls his own money


A Minute with Matt: Why the Clippers are our best matchup in round 1.


Stephen Curry in the locker room.


David Lee in the locker room.


Andrew Bogut is a 3pt shooter, by gumbywithpokey.

Mark Jackson
On what was problematic in the fourth quarter:
“Missed shots. At times we were careless and at times we were too passive – didn’t put pressure on them. That was the difference – we settled. I didn’t think we had a problem offensively all night long. We settled for jumper when we had mismatches and when we were patient we got what we want.”

On Harrison Barnes' final attempt:
“In that situation I want him to feel like he can make a play. The ball found him and he took a shot. Preferably, what I want him to do is attack – he had Carlos Delfino on him. If he makes that shot it’s a great move, but he’s going to learn. Ultimately, what I want him to do is put his head down and make a play towards the rim against (Carlos) Delfino. That’s not what lost the game. At the end of the day, Klay Thompson missing shots down the stretch last year - develops him. I’m not going to tell Harrison Barnes to not shoot the basketball.”

On holding Houston to under 37 percent from the field:
“We’ve proved that we can defend them. We proved that it can be done. That’s a tough team to contain with defending the pick-and-roll and isolations. The difference was they got to the line. Played great defense against James Harden, goes 3-17, but gets to the line 14 times. I thought we played outstanding defense against him.”

On Chandler Parsons:
“He’s a very good player. I don’t think you can credit Chandler Parson’s night against Harrison (Barnes). He’s a guy that plays the three and the four and a lot of times they went small and it’s not just Harrison (Barnes) defending him - a lot of times it’s out two guard. It’s a tough matchup because he’s a guy that flat out knows how to play. He’s a much improved shooter from three point range and he’s a playmaker. He’s a heck of a basketball player.”

David Lee
On his right knee:
“Not feeling too good right now. I took a hard knee to it right on the bone. Initially when I came back in the locker room I couldn’t put weight on it. Whenever I straightened it out it hurt. I’ve been waiting eight years to get in the playoff race, so when the doctors told me I couldn’t do any more to hurt it, if I could walk if I could play so that’s what I decided to do.”

On being slow to get back up in the fourth quarter:
“Nothing else is going on. There was a lot of adrenaline out there but it wasn’t feeling too good.”

On if he has received treatment on his right knee:
“I’ve been icing it. At this point the diagnosis is a bone bruise so there’s not a whole lot you can do other than ice it and rest for a little bit.”

On his status for Saturday night's game against the Bucks:
“Yeah, we’ll just have to see how I feel tomorrow morning. If I can go I’ll definitely be going.”

Stephen Curry
On facing Monta Ellis and the Bucks Saturday night:
“Obviously familiar faces, a little different, but you have to remain competitive and have an edge about you like you don’t know the person.”

On his relationship with Monta Ellis:
“He did a lot for me when I was here and you never lose that kind of friendship. Plus we both have kids now, all that kind of stuff. Besides that, staying in touch and looking forward to when he comes.”

(after the game)
gswscribe: Down four with 44.4 secs left, you don't draw a play for a 3-pointer. Even if it is Curry. The first, second and third option is a quick two
gswscribe: 3 games in, the Warriors still trying to find where to go for key buckets. They'd better learn fast because most games will be like this

(after the game)
KentBazemore20: Not in the best of moods...

(after the game)
RicBucher: Even David Stern isn't feeling the Warriors' new-age unis: "I think it's going to be an acquired taste. They're jarring."
RicBucher: The Warriors are known as a three-point shooting team, but that's based on efficiency, not prolificacy. For compar-

- Homestand 2-1. Monta Have-It-All Ellis and the Bucks haven't played since Wed, so they'll be well rested. Bucks fans have praised Monta lately for playing better since JJ Redick joined the team. And we don't know if Lee will play tomorrow with that knee contusion. Yipes. 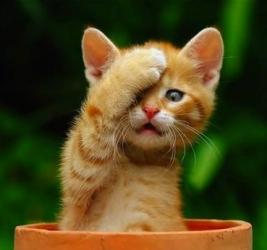