Bob Myers on KNBR (4/15/13) by Warriors
Leftover Bob Myers interview from Monday before the game.


Leftover from the postgame show: Ric Bucher talks about Ezeli in the playoffs.

- Draymond Green has been suffering from knee tendonitis, but he says he's ready.
Marcus Thompson II: Draymond Green: “The Rest Has Helped, But I’m Ready”

- Previews of the game.
Kyle Bonagura: Warriors close season with chance to clinch No. 6 seed

Mark Jackson
On if Curry's record meant something to the rest of the team:
“It really did. It’s a total team record. It’s obviously a reflection of Steph’s greatness. It’s a lot of hard work, dedication, commitment, guys getting him open and executing plays. Collectively they celebrated it, and he’s a special guy. It was well deserved. When an unselfish player achieves a record like that, everybody’s into it.”

On if he thought 270 3-pointers in a season was possible:
“That’s a lot of threes. History tells us to not think that, but obviously this is a team that does not pay attention to history. Just unbelievable. An unbelievable season, and a great accomplishment for him.”

On getting the record in a crucial game:
“It comes in a win. It comes in closing out the season. It comes in being a number six seed and going to the playoffs. There’s a lot to be proud about. We talked about chopping down accomplishments one-by-one, but the big accomplishment is continuing to win and moving forward. It’s a special year, and we’re excited. Truly great accomplishments across the board.”

On when 'playoff mode' kicks in:
“Tomorrow. When I say for ‘us’, I mean the players. It’s already kicked in for my staff. We’ll prepare and go over stuff tomorrow with the guys, and then off to Denver.”

Stephen Curry
On getting the 3-point record:
“It’s special. I grew up watching Ray Allen shoot in shooting drills when he played with my dad in Milwaukee. I have an appreciation for how well he shot the ball in his career, and especially that one season. My teammates helped me along the way, setting screens all season and running our offense. It’s a pretty special moment for everybody.”

On how he felt before clinching the record:
“I was nervous, to be honest with you. I had butterflies. It was like the elephant in the room. That first shot I took was a heat check, just to see what was going on tonight. After that I was trying not to press, and just let it come. It was hard to keep it out of my head. It was a big relief when that [second] one went in. I was so happy just to get it out of the way so I could focus on the game.”

On if he thought 270 3-pointers in a game was possible:
“I didn’t. Before the Laker game I thought it was well out of reach. You don’t plan on hitting 20 to finish out the season, in three games. That game was a flurry. It felt good, and I kept shooting. Last night I was feeding off of the crowd’s energy. It’s been a pretty special season.”

On the team having momentum going into the playoffs:
“We had a couple bad losses, but we played hard and played well… enough to win. The last two games we definitely got it back. It’s nice to get wins and feel good about yourself going into a series.”

- We're all getting giddy. 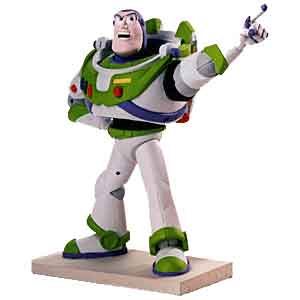 To Denver... and beyond!

- The Warriors will head home tonight, get some practice tomorrow during the day, and head to Denver tomorrow afternoon/evening. Thanks to our readers, we found the national broadcast schedule. I'm looking for the local broadcast TV/radio schedule.