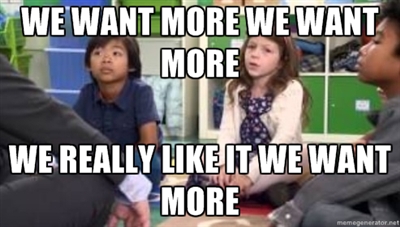 Every great magic trick consists of three parts or acts. The first part is called "The Pledge". The magician shows you something ordinary: a deck of cards, a bird or a man. He shows you this object. Perhaps he asks you to inspect it to see if it is indeed real, unaltered, normal. But of course... it probably isn't.

The Pledge was the Warriors' regular season. A seemingly normal team that played somewhat above its head (indeed, defied most pre-season expectations) and just barely hung on to the 6th seed, which almost surely meant first round elimination at the hands of the vaunted Denver Nuggets who "can't lose at home" and have depth enough to spare for two playoff teams. It was thought by most that the Warriors might make the series competitive by winning 1 or 2 games in Oakland, but surely couldn't even win a single game in Denver where the Nuggets had only lost 3 games all season.

And to make matters worse, in the thick of a spirited Game 1, the Warriors lost their lone All-Star (*cough*for now*cough*) and "20-10" man David Lee to a season-ending injury. You couldn't have blamed the team if it laid down its arms after Game 1 and waived a white flag. Their "nice" season looked to be over. But...

The second act is called "The Turn". The magician takes the ordinary something and makes it do something extraordinary. Now you're looking for the secret... but you won't find it, because of course you're not really looking. You don't really want to know. You want to be fooled. But you wouldn't clap yet. Because making something disappear isn't enough; you have to bring it back.

Mark Jackson started Harrison Barnes at PF in Game 2, and the Warriors went on to execute perhaps the greatest offensive display seen in the last few decades of playoff basketball. I'm biased, sure, but I've never seen anything like what happened on last Tuesday night. It was magic. Pure and simple. But was it real?

That's why every magic trick has a third act, the hardest part, the part we call "The Prestige"

Could the Warriors come back after Game 2, avoid a let down, adjust to the adjustments that the Nuggets would surely make, and actually pull off another win?

At the end of the first half, down by 12, it felt like the magic trick had been revealed. But it turned out the Warriors have quite a bit of magic left. A few dazzling scoop layups and some fortuitous bounces of the basketball later, the Warriors hung on to a 2-point win, and in effect, won Game 3 the way they just barely let slip a win in Game 1 of the series.

How are they doing it? This team, like We Believe before it, seems to be more than the sum of its parts. Even on a night when Klay Thompson brought his C game on offense (it should be noted his defense is arguably moving into A territory), this team seemingly has an endless supply of offensive weapons. Someone is prepared to step up. And it's not just other-worldly Stephen Curry, whose magic we have almost come to expect by now (that sense of magic is what defines a "superstar" in my book). It's Jarrett Jack, who despite some bone-headed turnovers, is playing out of his mind for a guy who many of us ----

OK, admission time. I have to point out that my pre-season projection for Jarrett Jack was 16 minutes per game "and hopefully less". I was not a fan. Boy, was I wrong about Jarrett Jack.

Harrison Barnes has been better in the NBA than he was in college. I didn't know what this meant before this season, and I'm not sure I believed it was possible. But he is.

Oh, and btw, Harrison Barnes has been better in the NBA playoffs than he was during the NBA regular season. HOW IS THAT POSSIBLE? One word. Magic.

But it doesn't stop there. Andrew Bogut. THIS IS ANDREW BOGUT. The enforcer. The inside presence. The "legitimate" 7-footer that this franchise has been missing for so, so long. And he appears to finally be rounding into basketball shape, after an up-and-down season in which he appeared to have lost the essence of the Bogut we had all hoped to have acquired last season. But THIS Bogut is what we needed. It's hard to know whether Bogut finally feels right, or whether he's stepping up in David Lee's absence, or whether all along, maybe the plan Bogut had in mind was to save himself for playoff basketball. Whatever it is, it feels a little like magic.

Jack, Barnes, Bogut, oh brother, it doesn't even stop there. Draymond Green?! Are you kidding me? Dude hit like 4 3-pointers this season (ok, it was 14, but still), and the Warriors are whipping the ball around the court to find HIM in the corner. WUT. And then Green calmly nails the 3. And then proceeds a few possessions later to slash to the basket, blowing by Nugget after Nugget in disbelief, and lays in the ball on the backside of the basket. Green was the goat of Game 1, but he has shown why Mark Jackson has so much confidence in the young man.

Carl Landry! It just, I can't. What is going on with my pre-conceived notions of these players? I was not a big Carl Landry fan before this season. But the guy has been vital to the Warriors success this season. And now in David Lee's absence, he is stepping up big time. Last night he had 19 points and basically took Lee's place as the outlet when "you just need to get a basket". Landry wasn't super efficient (53% TS), but when you take into account his 35% USG rate last night, you can see how crucial the offensive role he is playing. He needed to step up with Lee out, and he has stepped up. And it's magic.

Finally. Festus Ezeli. He only played 8 minutes last night, but man, you noticed him. Ty Lawson surely noticed him, but perhaps, just a bit too late.

Another brief aside --- re: Ty Lawson. Ty Lawson was amazing, and it's a shame (not for us, of course) that his teammates are not rising to the same level of play.

This Warriors team is more than its players. And I believe a lot of that "more" can be attributed to their head coach Mark Jackson. All those silly Jackson-isms aside, dude knows how to preach. And this team, with its youth, and its journey men, and its big man still needing to prove himself after 9 years in the league, this team appears to believe in Jackson as much as he believes in them.

And, of course, there's Oracle. If that place isn't magic, then there is no magic in the world.

This series is far from over. But it's also far from where it began. I can't wait to see what magic the Warriors have left to show us. How about you?