Game Links #R1G4: Golden State Warriors 115 vs Denver Nuggets 101 - Warriors slap Nuggets from all sides, they can't stop us all!

Share All sharing options for: Game Links #R1G4: Golden State Warriors 115 vs Denver Nuggets 101 - Warriors slap Nuggets from all sides, they can't stop us all!

- There's nothing more to do with the SCWarriors, so might as well bring him back to the Roaracle and make his ears bleed.
warriors.com: Warriors Recall Scott Machado from Santa Cruz

- Tweets before the game:

RicBucher: Steph Curry has drawn all sorts of comparisons for his otherworldly shooting, but no one has ever complimented him

quite like Richard Jefferson did after Game 3. Running down the various attributes that made the Warriors capable of coming back from such a desultory first half, Jefferson concluded with "and we have Steph Curry." Jefferson added: "The last time I used that line was, 'We have Tim Duncan.' Before that it was, 'We have Jason Kidd.'" The inference being that Curry is the cure-all, much the way Duncan is in San Antonio and Kidd has been in a number of places. Of all the compliments Curry has received, none could be bigger than that.


The entire Game 3 compressed into about 10 seconds.


Andrew Bogut dunks on JaVale McGee, by gumbywithpokey. (TNT side)


Inside the NBA talks about the Warriors, by gumbywithpokey.

(near the end of the game)
sam_amick: Warriors fans biding their for the buzzer here, ran out of things to cheer for in Warriors rout. "Let's go media!" chants behind us. No lie.

(after the game)
sam_amick: The hole in the visitor locker room wall, courtesy of Denver's Kenneth Faried. http://twitpic.com/cmrju2
sam_amick: Asked if he kicked it with his ailing left foot (ankle injury), a frustrated Faried said, "I don't know. I just kicked it."

- According to Ric Bucher after the game, Curry's hamstring tightened up because of the way they were treating his left ankle. 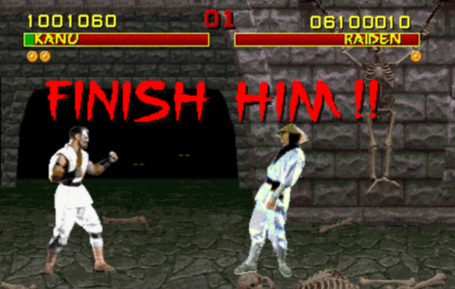 - Watch out for the early 5:00pm start. Skip work, find an excuse to get off work early. Do anything you can to get in front of a TV.