Share All sharing options for: Game Links #R2G1: Golden State Warriors 127 @ San Antonio Spurs 129 - With a 16pt lead in the 4th, the roof, walls, everything collapsed in

- Maybe that elbow bite gave David Lee mutant healing powers, because he seems to be healing much faster than expected. However, should he be playing?
Marcus Thompson II: The David Lee Quandry

- Ryan Norris of Stadium Journey reviews his experiences at Oracle. I don't think he rated the fans high enough.
Ryan Norris: The Best Fans in the NBA

- Previews of the game.
Kyle Bonagura: Curry, Bogut limited in practice; rust a factor for Spurs in Game 1?
Marcus Thompson II: Predictions & Matchups: This Series Will Be Closer Than Many Think


Warriors promo video for Round 2.


#NBA #Warriors PG Stephen Curry doesn't have to look to know it's going in, by gswscribe.


Stephen Curry at the podium. (Load)


Stephen Curry 22pt 3rd quarter in game 1 vs the Spurs, by gumbywithpokey.

- We lost a terrific opportunity to steal a game AND break the San Antonio curse. We can't cry about it now, although we can complain about it until Wed. Expect the Spurs to adjust to Curry and trap him and surround him and wear him down. 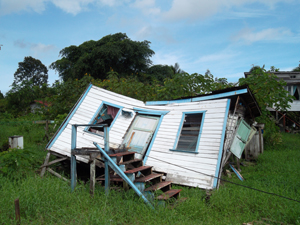