2013 NBA Draft: Making sense of how the Golden State Warriors went from not having a pick to Nemanja Nedovic

The Warriors began the night on the outside of the NBA Draft looking in and then found themselves in the middle of the action at the end of the first round.

Share All sharing options for: 2013 NBA Draft: Making sense of how the Golden State Warriors went from not having a pick to Nemanja Nedovic

It's very possible that we won't know the entirety of how the Golden State Warriors went from being without a pick to ending up with Nemanja Nedovic, but here's what we do know for now (and it's simpler than it seemed as it all unfolded).

So what does all of that mean going forward? 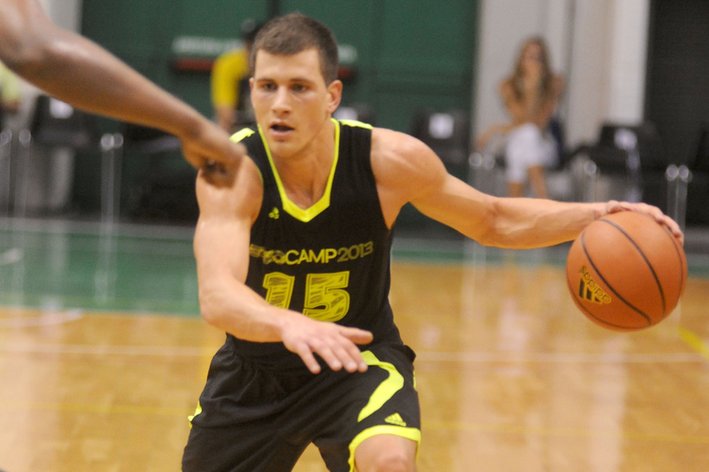 A video of Nemanja Nedovic at the 2013 adidas Eurocamp.

Beyond that, we'll have to wait and see how this guy looks in summer league up against the other top prospects from this draft class and with his Warriors' summer league teammates.

Major congrats to all the Draftees. Enjoy the moment! Sidebar: sleeping on @sdotcurry again...that man WILL be in the league this year.

As J-Ridah has already pointed out, the following players that we've already discussed around the site have gone undrafted:

And obviously there are many other potential Kent Bazemores out there waiting to make an impression on someone during summer league.

For now, I'm going to take a step back and try to process all of this - the first round was by far the weirdest I've witnessed as a NBA fan - but give the draft grade poll below your best shot.

For more on Nedovic and the Warriors' draft, visit our 2013 NBA Draft storystream.