Can you believe we're less than 12 days away from the first Warriors preseason game? That means it's time to sign up and grab your tickets for the 13th installment of GSOM NIGHT! 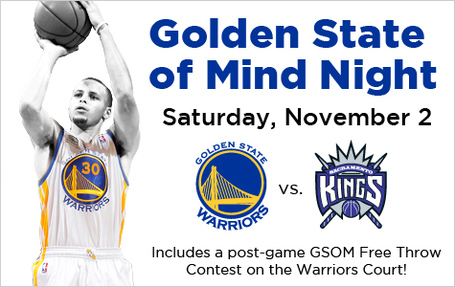 The first GSOM Night of this season will be on Saturday November 2nd. It'll be a battle royal for right to be called THE REAL KINGS OF NORTHERN CALIFORNIA!

A little history... GSOM NIGHTs have been a staple of this mighty community since 2006. All of you golden folks who can claim old school GSOM cred will remember that the first ever GSOM Night actually kicked off that wild and crazy WE BELIEVE run. That evening will forever be cemented in the hoopscampus region of my brain. (Shout out to my old cognitive neuroscience professors and classmates!)

Good times with many more to come...

We hold about 2-3 of these each season and put the Roaracle in the Oracle Arena while sporting some super fly shirts designed by Golden State of Design mastermind Tony.psd. We've had upwards of 1,100 community members attend the festivities. There's always a fun post-game event and for this evening we'll do another world famous GSOM Free Throw Contest.

So practice your Rick Barry free throw shot and... 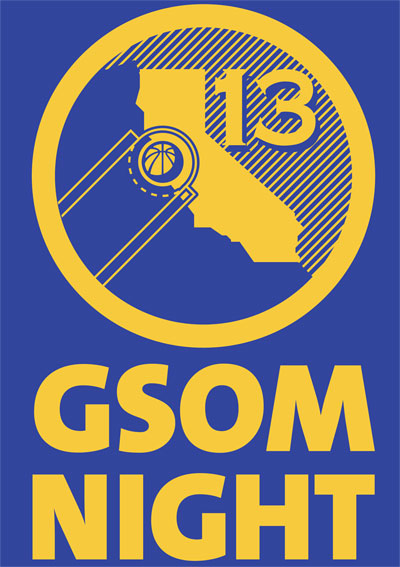 UPDATE 9/26 9:14am: I have been informed by some long-time good friends of GSOM that there's another added bonus to buying your tickets through the GSOM Warriors link- no taxes or additional fees!