Here is a visualization of the Warriors rotations in 2013-14 thus far: 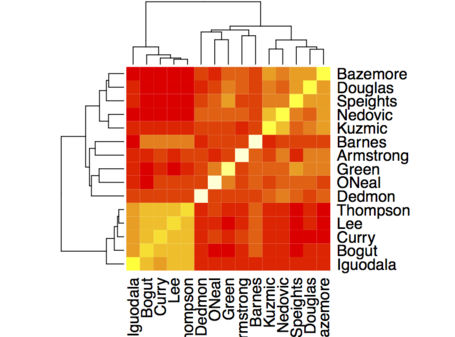 I have explained the methodology for this visualization my blog in the past, so please refer there if you're interested in the details. Essentially, what this shows is the clustering of players who play the most with each other. So, for example, Iguodala has spent relatively little time playing with, well, anyone other than #FullSquad.

Basically, the heatmap above is a nice summary that tells us graphically what we already know. Jackson relies heavily on a #FullSquad with seemingly very little mixing of starters and subs. Barnes gets the most run with the starters but much of that came when Iguodala was injured.