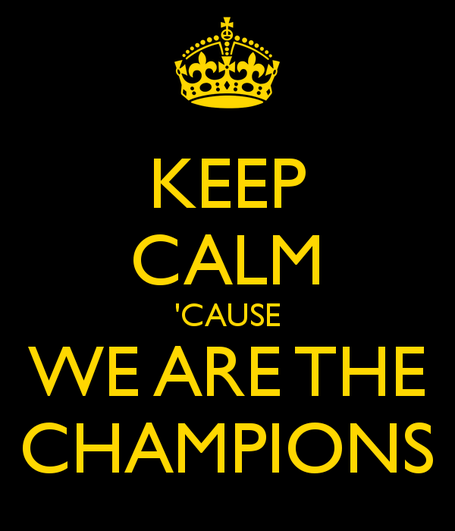 Since the Warriors' 10-game winning streak ended, their ability to, erm, win basketball games, has been unpredictable. Their 4-6 record in the last 10 has come with zero consecutive wins, a couple blowouts against teams above them, a couple losses against teams that they had no business losing to, and more than a couple games in which this Warriors squad, sitting third in DRtg in the entire league, gave up more than 120 points. That has lead to something much more predictable: Warriors fans riding the familiar roller coaster that only a lifetime of frustrating futility can build.

So, what next? Besides all of us taking our medication, I mean?

Well, tonight we have the Utah Jazz. Now listen: I'm no expert, but I'm pretty sure they are not a very good basketball team. 29th in defense, giving up 110 points per 100 possessions; 23rd on offense, scoring just 103 in 100; they don't create turnovers, they don't rebound very well, and they have the third worst margin of victory spread in the league (-6.18). They're also a team designed to fail, so their fans can't take this critique too hard, can they? (No, I know: they still hate us.)

This is the Warriors' third matchup against the Jazz this season, the first two coming back to back back in November. Both were convincing wins by this story's heroes. So, piece of cake, right?

In fighting my natural instinct to fret, I'd like to get off the roller coaster now. Last night's relative butt-kicking of the objectively evil Los Angeles Clippers has all the makings of a momentum kickstarter, and a quick jaunt into SLC might just be what they need to get some wind into their sails. (Did I really just flip from a roller coaster metaphor to a boat metaphor? World's worst person, right here.)

The momentum may already have shifted, at least defensively. In their last three games, following the 121-point giveaway to the Timberwolves, the Warriors are holding teams to 89 points per. (Andy gave credit where due last night in his tribute to Andrew Bogut.) The Jazz' lack of offensive potency should help that defensive trend to continue.

Speaking of trends, you know what I'd like to see turn into one? Positive play from the reinforcements! In two consecutive games now, we've seen the four-man bench unit (plus Klay Thompson) actually not suck eggs to start the second quarter. Jordan Crawford is clearly a key ingredient; his familiarity with his new teammates is clearly growing, and at least last night his willingness as a passer was contagious, typified by two plays in which excellent ball movement by Crawford and Marreese Speights (!) led to Harrison Barnes dunks. The relatively recent adjustment by Mark Jackson to play Thompson with the bench group might also be developing into a successful move.

Between tonight and the All-Star break, the Warriors play the Jazz, followed by the Bobcats, Bulls, pesky Suns, Sixers, and finally the Heat. Only tonight's game and the Suns matchup are on the road, and no games are coming back to back. This is a very winnable stretch, a great opportunity for another streak. Laying an egg tonight would put the kibosh on that opportunity swiftly and painfully. Time to get off the roller coaster and onto the boat, guys.