Share All sharing options for: Game Links #53: Golden State Warriors 110 vs Miami Heat 111 - LeBron James rip out the Warriors' hearts at the buzzer

- They had their fun down in Santa Cruz. Back up to the GSWarriors they come.
warriors.com: Warriors Recall Bazemore, Brooks & Kuzmic From Santa Cruz Of NBA D-League
CSN Bay Area Staff: Warriors recall three after one game with Santa Cruz

- Previews of the game.
Monte Poole: Fast Forward: Warriors to host Miami's man on a mission

- Ann Killion evaluates where the Warriors are as we head into the All-Star break.
Ann Killion: Pressure on Mark Jackson as Warriors seek consistency | (Mobile)

- Marcus Thompson II looks at how the Warriors will handle the 2nd half of the season.
Marcus Thompson: Warriors Enter All-Star Break Fittingly — Disappointed but Hopeful

- Andre Iguodala hasn't made the impact many expected him to, and that's a concern.
Matt Steinmetz: How Concerned Should Warriors Be About Andre Iguodala's Disappearing Act?

Mark Jackson
On Iguodala's defense on LeBron's Game-Winner:
“When you think about it and look at the play it was great defense with a great contest. At the end of the day we witnessed greatness. A special player and an all-time great who made a big time shot.”


On whether they tried to blitz or trap LeBron on final possession:
“We took it out of his hands initially. Initially they wanted him to bring the ball up the floor so Draymond (Green) was in deny. His strength, athleticism, speed and quickness - he got separation and got the basketball. The question then do you trap him? They spread the ball with shooters and what you don’t want to do is in that situation is have a great passer hit one of the shooters in a rhythm for a three pointer. It was pick your poison. We were willing to live with defense one-on-one once he caught it. The defense was very good and Andre (Iguodala) did his job he just made a great shot.”


On coming back from 21-point deficit:
“I told my guys that I was proud of them. Down 21 all the momentum going their way and we fought, scratched, clawed and got back into the game We defended and offensively I thought we were in a rhythm and unselfish. I was very pleased with the way we battled and competed tonight.”


On switching defensive scheme in third quarter:
“We did mix it up with some zone. It was effective at times. They were hurting us with the pick-and-rolls with small, small pick-and-rolls. When you have a guy like LeBron (James) handling the ball it makes it tough so we gave them a different look and it was effective. You don’t want to give them a steady diet of that because before long they will pick it apart with shooters on the floor.”


On Warriors' 36-point third quarter:
“We got stops defensively and offensively there was no secret, put them in pick-and-rolls. Played at our pace, pushing the basketball, setting great screens and picking them apart offensively. I thought Steph (Stephen Curry) did a great job of finding guys and also mixing it up between shooting the jumper and turning the corner. That’s when we are at our best.”


On taking positives from the loss:
“I really do. If we play at the level we did tonight the way we competed and battled we are going to look forward to an exciting second half of the season. It will be important to make sure that we come back with this mentality.”


On LeBron James' Mount Rushmore:
“I really don’t think it’s fair to have a Mount Rushmore because you are leaving, even his Mount Rushmore, he left some incredible players off that mountain. Whoever you want to put up there you might as well start chipping away his face. In my opinion he’s the greatest small forward to ever play this game and will be in the discussion with anybody that has ever played the game when it’s all said and done. He’s an incredible basketball player a complete basketball player with no weaknesses.”

Stephen Curry
On how the team feels after the loss:
“There are no moral victories. We know we played well, we just got beat by a great shot and we’ll be fine going forward. We put the gas pedal down in the second half to come back and a couple inches away from getting the win. We’ll be alright; we’ve got to be happy about the way we played. There are no moral victories but it’s not such a depressing loss that we won’t be able to recover come Wednesday.”


On how the team feels heading into the All-Star break:
“We feel like we can be better. Obviously last year we were pretty happy with where we were. This year we feel like we let some games slip but still have a grip on where we’re trying to go. So we come back, get rejuvenated; a lot of home games and hopefully we can change the result of playing here at Oracle like we haven’t in the past couple weeks. Morale is high. The vision is pretty clear of where we are trying to go when it comes to seeing ourselves where we stack up in the Western Conference and what to expect down the stretch. Confidence is high right now for us as a team."

Andre Iguodala
On not getting behind early in games:
“That’s part of the game. You’ve got to have the mental toughness to come back and fight through even when you get down 14, 16 points. You’ve got to have that intensity coming into games and not let ourselves get down, that’s happened to us a few times.”


On LeBron's game-winner:
"As far as the move he made and the way he was guarded, there’s nothing you can change about that. There’s nothing I would change, he just made a tough shot. You’ve got to give him credit for that.”

Klay Thompson
On tonight's game:
“It was high octane; offensively, defensively, really intense. I feel like both teams laid it out there, especially knowing we’ve got a break coming up. We couldn’t have played any better as far as the last possession. We always battle when we play these guys. I’m happy with our effort and that was a really tough shot that LeBron [James] hit at the end; it couldn’t have been better defense.”


On James' game-winning shot:
“I thought it was short. I thought we won the game. A big time player made a big time shot and you’ve got to give him credit.”

- After this game, I'm off for a week. Gotta get that rest for the 2nd half push to the playoffs. 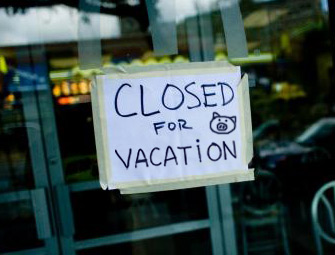 Sorry, no links after this game until next week.
via 4.bp.blogspot.com

- It's a fun little game we've been playing around here. Pick 4 guys whom you think will produce the highest total score based on their stats: pts + rebs + ast + 2*stl + 2*blk - to. How did you do in tonight's game?
startfour.com: Golden State Warriors vs Miami Heat