John Legend picks the Warriors to win the NBA Finals in 7! The Green Light has been granted.

Share All sharing options for: John Legend Talks to GSOM: Working with Stephen Curry and making "Green Light" and other hot tracks happen

I had the pleasure of interviewing 9-time Grammy Award winner John Legend back on January 13th at Cal State East Bay (Hayward represent!) while he was directing the Degree DO:MORE video shoot with Stephen Curry.

I really appreciate John taking the time in between shoots to get into the details of working with Curry, reminiscing about The Show Me Campaign and his auction with Stephen Jackson (GSOM Night 4), and what really goes into making hot tracks happen. All of his answers were incredibly thoughtful and he was an extremely cool cat.

What goes into making a hot track with Andre 3000 happen?

Here's the full audio clip, but I'll warn you in advance that the sound quality isn't that great and there's a funky beeping noise in the background. Still I hope you enjoy this full 10min interview. 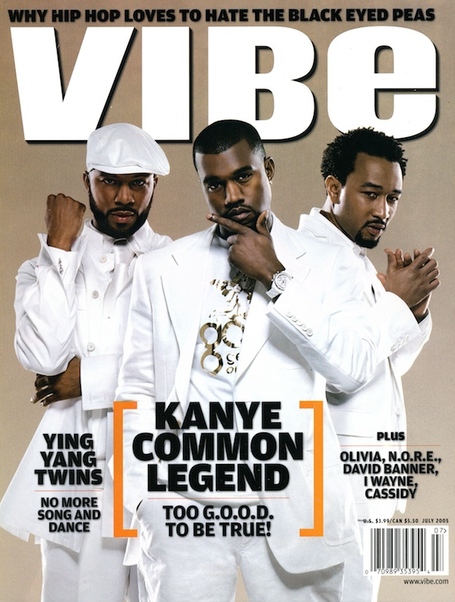 As you can see this interview was just too hot for VIBE and could only be aired somewhere incredibly UNSTOPPABLE BABY! (Just kidding, VIBE gets respect. I was a loyal subscriber back in 1993.)

Big shout out to John Legend! Thanks again. -- Shailo

NOTE: I'm looking into transcription options and will try to update this article. If anyone is up for helping out on this, just post your speech to text in the comments. Much appreciated.
Next up is GSOM's interview with 2014 NBA All-Star Western Conference STARTER Stephen Curry...