Stephen Curry Talks to GSOM: Reflecting on being voted into 2014 NBA All-Star game by fans and what goes into draining 3's and crazy handles

In this 11 minute audio interview, Stephen Curry reflects on what being voted into the 2014 NBA All-Star game by fans means and what goes into draining 3's and having crazy handles.

Share All sharing options for: Stephen Curry Talks to GSOM: Reflecting on being voted into 2014 NBA All-Star game by fans and what goes into draining 3's and crazy handles

Before all of the 2014 NBA All-Star votes were tallied and he was named a starter, I was able to spend a few good minutes with Stephen Curry back on January 13th at Cal State East Bay (EAST BAY!). The timing was special because I was the first to tell Stephen that he had just vaulted into the 2014 NBA All-Star Western Conference starting line-up via some major #DubTheVote energy.

I am especially appreciative of Stephen's time here because he had just finished a long video shoot for the Degree DO:MORE series with John Legend (see John Legend Talks to GSOM: Working with Stephen Curry and making "Green Light" and other hot tracks happen). It was also very late on a Monday evening. In spite of all that, Stephen was incredibly generous with his time. He could've easily been annoyed by yet another interview, but he was super friendly and fun to chat with.

I will caution you about the audio quality on this 11 minute clip. As you can probably guess from the photo above, we did this interview as the TV set was being taken down. It was pretty noisy in the background. We were sitting next to each other, but there were a few moments when it was hard for us to even hear one another! Give it a listen though and hopefully you'll learn a few new things about Stephen Curry and game of hoops that we all love.

Stephen's last words in the interview to the Golden State of Mind community and Golden State Warriors fans at large were:

I appreciate all of the support. It's been great to be a Warrior. It's my 5th year here and hopefully my whole career. All those out there that #DubTheVote and helped make that All Star thing a reality, from the bottom of my heart I sincerely appreciate that. I hope to represent you well."

I can't think of a better guy to represent the Bay and Warriors fans this NBA All-Star weekend. 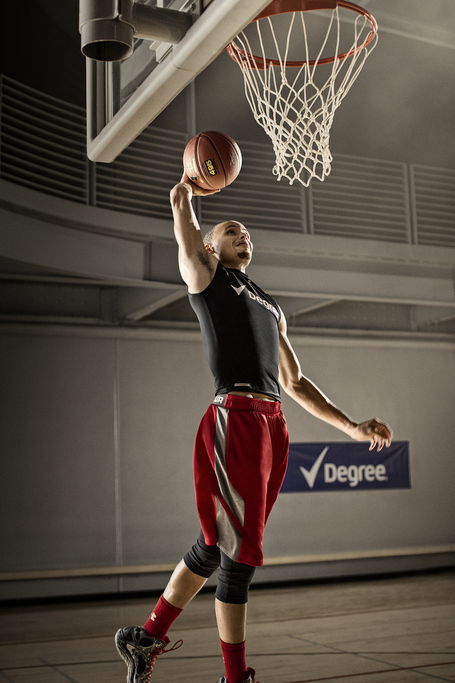 Thanks again Stephen for sharing your time. -- Shailo