Warriors vs Nuggets: It’s Splash Brothers Night at the Roaracle!

The forecast says its going to be a sunny 79 degrees across the Bay Area today… Headed to tonights home game? Bring your rain coats Dub Nation, because it’s Splash Brothers Night at the Roaracle! The Warriors are gunning for their third straight win, advancing to the Playoffs as a 5th or 6th seed. They face a struggling Denver Nuggets team who’ve lost 6 straight road games. Let’s get this win Warriors!

Share All sharing options for: Warriors vs Nuggets: It’s Splash Brothers Night at the Roaracle! 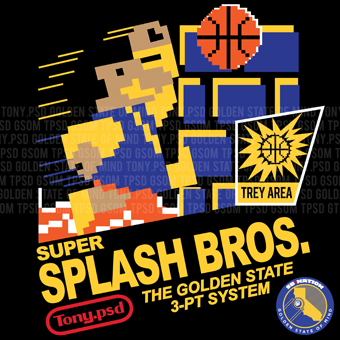 It's Splash Brothers Night! See ya' there Dub Nation - Tony.psd

The Splash Brothers: The Front office is commemorating our dynamic duo with a special "Splash Brothers" night at the arena. To celebrate the dynamic duo, the first 10,000 fans receive a Splash Brothers Cheer Card (also, the first 2,000 fans to check in on Facebook will get a 3-point foam finger) These are great bells and whistles to celebrate the Masters of Treys - as usual, look for our guys to light up the 3-point line (and beyond, lol). Klay & Steph combined for 64 points on against Utah on Sunday. I expect no different tonight.

The Nuggets are struggling: 6 straight road losses allowing 112.3 points on the road... ouch! Don't count these guys out yet - keep an eye on Randy Foye who could throw down a career night at the Roaracle if he can have his way. There's one more meeting between these 2 teams next week. Let's stay on top and take both of em'.

Andre Iguodala: Though his minutes will be monitored, it'll be interesting to see what kind of numbers he puts up against his old team. After returning from a knee injury last Friday, his contributions may be limited.

Off court drama: Assistant coach Darren Erman was fired on Saturday (violated of company policy), Coach Jackson's relationship with the front office is hitting some bumps in the road and the Scalabrine fiasco is still hitting some fans. In the mighty words of Mark Jackson during a press conference: "At the end of the day..." just win it on the court fellas. We can elaborate on this during the off season.

50+ point game for the Splash Brothers

A good dose of shots from the three point line and a solid block party will win this game for Golden State.

I hate to say it but it might be a close one for our Dubs. We win it by 5 tonight so long as we keep the ball rolling our direction. Good luck fellas!