- The Warriors are warning fans about the the potential dangers of buying tickets from a non-verified 3rd party.
warriors.com: Warriors Issue Fraud Alert for 2014 Playoff Tickets

- There was no celebration after clinching. Instead, it was more of a "move on to the next step".
Rusty Simmons: Warriors have much work to achieve their playoff goals | (Mobile)

- It's actually still possible to get the 5th seed, and the Rockets might be a more favorable 1st around opponent.
Diamond Leung: Warriors have chance to boost playoff stature

- This is what it would take to rise up to the 5th seed, or fall to the 7th seed.
Andy Fahey, warriors.com: Warriors Playoff Possibilities

- Before the SCWarriors-LA D-Fenders Game 2, Nemanja Nedovic talked about recovering from his concussion.
Diamond Leung: Warriors’ Nemanja Nedovic back in action for Santa Cruz after collision with Ognjen Kuzmic left him with concussion

- The fans in LA aren't very happy with the Warriors. First, the Warriors clinched a playoff spot on their home floor. The loss also set a franchise record for most losses in a season. And to top it off, the SCWarriors beat the LA D-fenders in tonight's Game 2 of a best-of-3 series, knocking LA out of the D-League playoffs. I felt bad for them. Click "Show Image" to see my reaction. 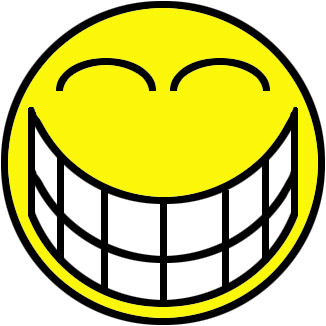 I felt so bad, my ears hurt.

- Previews of the game.
Monte Poole: Fast Forward: Warriors on to the next challenge with playoffs still in mind

Mark Jackson
On clinching a playoff berth:
"We are not that far removed from dreaming of this moment. Obviously, it was different last year, but all we’ve been through individually and collectively, to fight, to battle and to find ourselves in the playoffs and continuing to chase down history says a lot about these guys. It’s a great organization and great management. I’m thrilled to be a part of it, and it’s a heck of an accomplishment."


On Stephen Curry's night:
"It’s what superstars do. He’s a guy that was very upset last night after the game. He talked about it, he expressed it, and on top of that, what the special players do is that they do something about it in between the lines. His will, his determination, [and] his competitive spirit carried us tonight. Just a big-time victory."


On how the team responded after last night's loss:
"I have a 'together' group. It’s very easy to be down, depressed and a setup for a Lakers team that’s dangerous. We came in, we executed, we defended at a high level, we shared the basketball, and we got solid plays, even short-handed. It says a lot about this team and its mindset after last night’s disappointing loss."


On Steve Blake's performance in his return to Los Angeles:
"Steve brings toughness, and he understands the game. He’s a guy who can play either backcourt position, [and] defends at a high level. It was good to see him make some shots. It was his best overall game, and I think a guy like him who does everything right deserves to come back in a place where he did some special things and have some success."

Stephen Curry
On going into the playoffs for the second straight year:
“It means a lot. We know the history of the franchise and making strides to be playoff team contenders is a big time accomplishment. We have to appreciate it and continue to move forward and close out the season strong and get ready for hopefully another deep playoff run.”


On going into the playoffs this year compared to last year:
“We knew it was going to be different because we have new expectations. Obviously last night we had our sights set on winning, but we didn’t get it done. We are happy to put our name up there on the standings and keep playing. We have about three games left to figure out a way to click all 48 minutes and we haven’t done it this past week so we need to get it done.”


On how to click as a team all 48 minutes:
“It’s tough because we’ve had guys out and the lineup has been shifting so you can’t lose sight of it. We haven’t been healthy, but we have to figure out how to stop the lulls in games. If we give full energy and lose on our terms that’s fine, but the way that we’ve been giving up huge runs and blowing leads needs to be fixed sooner than later. We are still confident and feel like we can beat anyone in the west and that’s the mentality we have going forward.”

Klay Thompson
On going into the playoffs for the second straight year:
“There is still business to take care of, but it feels good. It is a good step forward for this organization to have back to back playoff seasons. We want to make it something that is normal. We have a bright future and there is still a lot of ball left to be played.”


On their preparation and expectations going into the playoffs:
“I think we are ready because we have the team to do it. We have guys who can score the ball and they defend well, which is huge in post season. We still have three games ahead of us to solidify this playoffs spot or we can move up. We will see what happens because there is still a lot of ball left.”


On what the team can do to improve:
“Just take care of the ball and continue to play selfish and pride ourselves in defense. If we do those three things we will be tough to beat.”

- Our work isn't done. We may be a lock for the playoffs, but we're not a lock for 6th. I'm not sure how many wins we need or how many losses the Mavericks/Suns/Grizzlies need to clinch 6th, but we need to keep playing to win until we do.

- It's a fun little game we've been playing around here. Pick 4 guys whom you think will produce the highest total score based on their stats: pts + rebs + ast + 2*stl + 2*blk - to. How did you do in tonight's game?
startfour.com: Golden State Warriors @ LA Lakers