Tiger maulings, Chevron explosions, and the fight against the Warriors' Mission Bay arena

The man known as "the fixer" has represented a few strange clients in his day. Now he is fighting the Warriors over the planned arena in Mission Bay.

Share All sharing options for: Tiger maulings, Chevron explosions, and the fight against the Warriors' Mission Bay arena

Do you remember what you were doing on December 25th, 2007? Christmas Day. Maybe opening presents?. Rejoicing with family? Drinking too much egg nog and singing along loudly with Nat King Cole?

I was in San Mateo with my dad when word trickled through that three men had been mauled by a tiger at the San Francisco Zoo.

As a kid, the San Francisco zoo was my absolute favorite place to go. I was obsessed with the orangutans, and would spend at least 45 minutes every time I'd visit just standing in front of their enclosure, rapt in their every movement. Then of course it was off to the large cat exhibit, where lions and tigers stalked behind moats that seemed impossibly large.

On December 25, 2007, the moat was not impossibly large. Tatiana, a four year old Siberian tiger, somehow jumped out of her enclosure and mauled one of the men to death. She then stalked the other two through a large swath of the zoo, tracking them to the food court. Police arrived, guns were drawn. The tiger died in a hail of bullets and the two young men were saved.

But, then, think back to the ensuing days. The unfolding of the story. Suddenly word dropped that the three young men had been drinking. It was whispered, murmered, and then shouted that they had taunted the tiger. They were high and drunk and they had fucked with a deadly beast and the beast had punished them for it. Really, some argued, the attack was cosmic justice. How could these three hoodlums taunt such a glorious creature and get away with it?

In the words of Sam Singer, who was hired by the zoo to do PR damage control in the days following the attack, "Don't get high on weed, drunk on liquor, and don't fuck with man-eating animals."

A little over a year ago, Joe Eskenazi wrote a deeply researched, beautifully written longform piece on Sam Singer for SF Weekly. I recommend you read the whole thing, but there was a passage that really stood out and got me to thinking.

After talking about Singer's falling out with his former business partner, Mr. Larry Kamer, Eskanazi goes on to relate a particularly harrowing event:

"Larry," hissed the voice on the other end of the line, "Every time you start a fire for me, I'm gonna piss on it and put it out." Dial tone. Kamer thought this was all a bit mysterious.

The next morning, at his office in Kamer-Singer Associates' New Montgomery Street suite, Kamer discovered a large, foul-smelling wet spot on the wall-to-wall beige carpeting. He had the offending hunk of carpet excised, hauled off, and replaced with a patch.

A patch that never quite matched: "I always knew it was there," Kamer says. So did everyone. This story trickled around San Francisco's political and media circles for years, a guaranteed laugh line and an illustration of just how aggressive San Francisco's most aggressive flack would be when he felt personally encroached upon.

And yet, this tale represents more than legions of happy hour raconteurs ever knew. Because, as is the case with so many things relating to Sam Singer, it has a complex relationship with the truth. The truth, after all, isn't exactly Singer's milieu. His mission is to push "the facts as our clients see them."

Wherever there is outrage, wherever there is an emergency, you might find Mr. Singer. In 2012, he represented Chevron after the devastating fire at their Richmond processing facility. 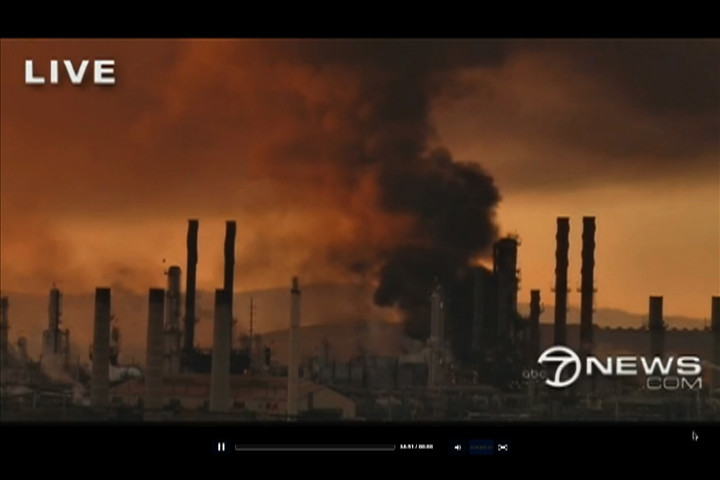 He has represented Nike (helping them turn the PR tide on the outrage regarding their sweatshop practices), The Gap, Levi Straus, and Air BnB.

And now, he is working with the Mission Bay Alliance to fight the Warriors new stadium.

Why? You may ask. Who is paying him? Why did a crew of doctors from UCSF hire this man to front their PR battle against the Warriors?

Regardless, the Mission Bay Alliance has been sending Golden State of Mind PR blasts every day throughout the battle.

Today's headline: "Mission Bay Alliance Demands Release of Emergency Access Deal Struck Between UCSF and Warriors after City, UCSF Stonewalls Public Access" which, CHRIST, is a mouthful. If I wrote such a convoluted headline, I'd be suspended without pay from the site for two weeks. Seth Pollack would roast me behind the scenes and make fun of me mercilessly on Slack. The subheadline, in case you were wondering, was, "SF City officials claim they do not have a copy of the UCSF-Warriors' agreement announced last week in a City-issued Press Release while UCSF Remains Unresponsive -- 'What are the City, the Warriors and UCSF trying to hide?'"

Are the Warriors and the city conspiring together? Is there a dark undercurrent of backdoor dealing here? Or is this the final gasp from an alliance and a PR man who may have lost the battle?

Who is to say?

Two days ago, the Warriors closed the deal and bought the disputed land. They published a press release on their website. Sam Sorkin covered it for us here on GSoM. Rusty Simmons also covered the news for the San Francisco Chronicle. Unfortunately, he only copied and pasted the Warriors' original press release, with extremely minimal editing.

Sam Singer immediately saw it, sent out an email blast, and Mr. Simmons has since been suspended without pay until the Chronicle can make a formal investigation into the matter.

Seemingly this has been Mr. Singer's first victory in this fight. And, really, what will Rusty's suspension mean? Does it mean that the city of San Francisco, the Chronicle, and the Warriors are all conspiring to hide their hushed dealings? "Is the San Francisco Chronicle owned and operated by the Warriors?" as Singer wondered aloud in an email sent to GSoM.

What is the story, and where is the truth?

After Rusty was suspended, and after the story went viral, Sam Singer mentioned the matter on twitter (either in the form of tweet or RT) 16 times in the past 19 hours.

Or is it too late? With the completed sale of the land to the Warriors, what more is there to discuss?

Time will tell how this all plays out.